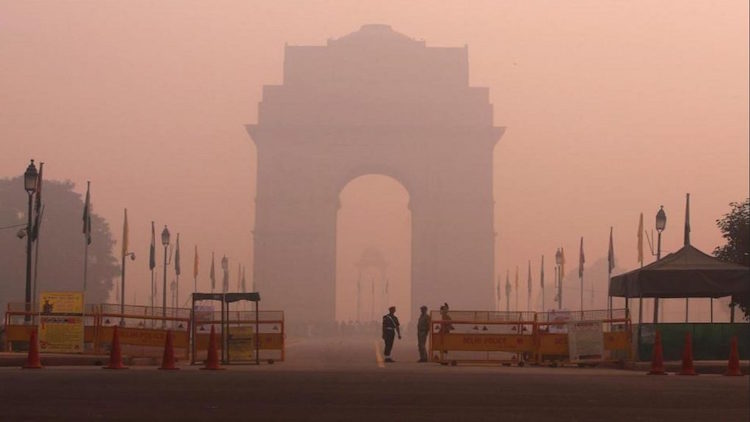 My husband has an unfailing belief in humanity. Every time I start worrying about the problems of climate change, he says, “When people realise there is no other way forward, except to work together to solve the dilemma that threatens to wipe them out, they will.” I have worked on climate change issues for most of my professional career since 1992. While it is true that the world has come a long way since then, I often wonder how bad it has to get before our actions shift into a different gear. When will we actively strive to save humanity, as Greta Thunberg is demanding, rather than primarily focusing on greenhouse gas emissions and climate risks? Also Read: 'Joker' Inches Away From Billion Dollar Club

Air pollution provides a cautionary tale. According to the World Health Organisation it is responsible for over seven million premature deaths annually. We cannot live without breathing. A vast body of knowledge over millennia, ranging from ancient Chinese medicine to the science research which was awarded the 2019 Nobel Prize for medicine, illustrates that how we breathe and what we breathe determines our physical and mental health. These days in the cities of Lahore and Delhi, in the neighbouring countries of Pakistan and India, the air quality is severely hazardous, where any outdoor exertion – even for healthy people – poses serious health effects, leading to strokes, heart diseases, chronic obstructive pulmonary diseases, lung cancer and acute respiratory infections. The effect is psychological too – it leads to a sense of hopelessness, and even a tendency to turn to crime in later years.

(Satellite photo of stubble fires in northern India in the morning of October 31, 2019) Around 40 million people live in these two cities, and the air is toxic. In New Delhi the air monitoring equipment at the US Embassy recorded an AQI value of 718 on November 3, 2019 at 10 am; whereas at the US Consulate in Lahore the AQI value was 278 on the same day at 9 am. Compare these values, with what is considered “good” air quality, namely an AQI of less than 50. Decisionmakers in both cities have tried to solve the problem, but without much success. This is often because they focus on some pollution sources, rather than a more integrated approach. They also tend to focus on what they think they have control over, rather than the entire air shed, absolving themselves of responsibility, ascribing it to pollution from the burning of fields from other parts of the state or province or another province; or across national borders. The thing about air is that no human being can control how it moves. And even established wind patterns will continue to change and evolve given the changing climate. In both cities the air gets trapped, and so any pollution from the city and the surrounding areas accumulates and stays in place for extended periods of time. This magnification of pollution means that breathing the air is like being in a gas chamber. Let us not mince words. That is actually what an AQI above 300 means. So how bad does it have to get before people decide that the problem must be solved? Let us also be realistic. Solving the air quality problem in New Delhi and Lahore is not easy. Yet over the last three decades I have seen other cities manage to address this. In Mexico City and Bogota, both also subject to thermal inversions, where transport caused the bulk of the problem, shifting to cleaner (lower sulphur content) fuels, improving the quality of the vehicle fleet, introducing public transport options, and improving traffic management measures made a huge difference to the air quality. In Beijing, a concerted effort to shift to cleaner energy sources and cleaner coal technologies from polluting coal power plants is triggering a shift to cleaner air. The pea soup fogs in London of the 1940s and 50s were also ultimately addressed by shifting out of dirty coal for domestic, industrial and power generation use. But Lahore and Delhi pose greater challenges. How do you even begin to solve such a problem? It demands the opposite of what is happening right now on many fronts. Get the science right. We need to first understand (to the best of our ability) the causes of pollution, through gathering data and analysing it. It also means believing the data, even if, for politically convenient reasons, we want to believe something else or wish it was different. Involve the people. Instead of taking a top-down approach, as is typical in our part of the world, it means the government has to play the role of facilitator and make air quality a community effort that is everybody’s business and one in which people want to act willingly and contribute to improving air quality. This means first identifying who is the community, and this may be across city and state and national boundaries, and then sharing the data with them to empower them to change. Societal change takes time. There is no quick fix, and more permanent behaviour change will need to be encouraged through building incentives that nudge us in the right direction, such as for using cleaner fuels for industry, transport and energy. This is despite the fact that poor quality coal and other fuels may be available locally. Putting in place a system for protecting the most vulnerable – our children, our parents, the sick – as we work through solving the problem, is crucial. South Asians have exactly the right intentions on this one, but implementation remains a challenge. It means being inclusive in seeking solutions, with partners across the public sector, the private sector, academia, civil society and even across national borders (a very big wish given the current reality of Pakistan-India cooperation). Inevitably, there will be conflicts, but planning in advance for how to surmount these hurdles (if they occur) shows a desire to actually overcome them. It always amazes me how solutions appear from the unlikeliest of places, if you actually are serious about change. Since cleaning the air will take some time, it means being patient and sticking with programmes, across time and across governments, and across political parties. It also means adjusting approaches in real time, if monitoring does not show progress in the right direction. If ever there was a test case for humanity, this is it. It may sound as difficult as attempting to grasp a sparrow’s tailfeathers but, other than saving and improving literally millions of South Asian lives, joint action by these cities will also tell us a lot about whether we have any chance of success on adapting to climate change. Remember the last time the earth went through such changes it was the dinosaurs that died out, not the earth. They were the most developed life form on the earth. I would much prefer my husband to win this argument. Kulsum Ahmed is a senior advisor and author on international development, environmental sustainability and climate. She was a former Global Practice Manager at the World Bank, where she worked for 24 years. By Kulsum Ahmed Courtesy: thethirdpole.net
TAGS World Health Organisation Climate Change air quality Delhi Lahore pollution measures air pollution Delhi pollution Pollution

COVID-19: At Least 10 States Are Under Complete Or Partial Lockdowns. See List

By Amitabh Joshi 9 hours ago