Rapid Rise In COVID-19 Cases Due To Increased Testing 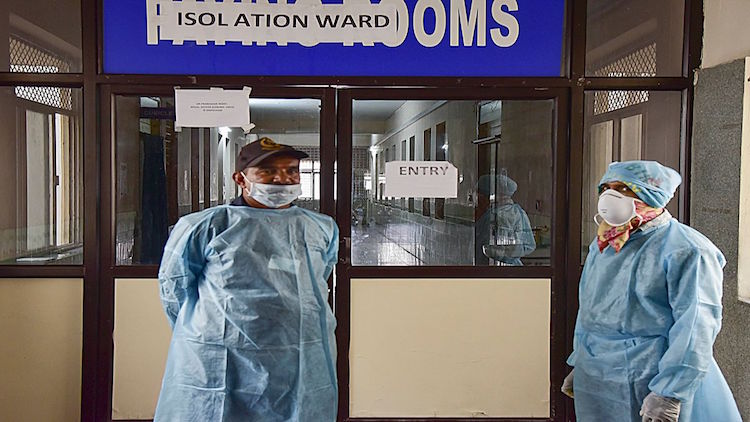 Every day, nearly 50,000 new COVID-19 cases are being reported across the country. After 49,931 new cases reported on Sunday, total infections have crossed 14 lakh while the death toll has mounted to 32,771. After a huge increase in the number of new patients, the number of active patients has increased beyond 4.85 lakh.

Also Read:
Floods Wreak Havoc in Assam and Bihar, 10 Killed in Both States on Sunday

ICMR figures show that a total of 1,68,06,803 samples have been tested so far in the country, of which 5,15,472 were tested on 26 July. During this period, about 50,000 new cases were found, which is 10% of overall testing. The central and state governments are increasing the testing capacity every day and it is believed that the number of infected is set to increase. However, according to trends, the increased number of patients has increased exponentially in many states due to increased testing capacity. Based on the formula of 10% cases found through increased testing, Andhra Pradesh would have 55,400 cases by July 25, but the actual cases here are 88,671. Similarly, there should have been 66,000 cases in Karnataka till 25 July but 85,870 cases have been reported here. Statistics show that 13 out of 21 major states of the country are such, where the case count was more than 10% higher than the expected value on the basis of increase in testing. There are seven states where the actual count was more than 20 percent higher than the expected count. The actual cases found in West Bengal, Kerala, Jharkhand, Odisha, Bihar, Uttarakhand, Chhattisgarh, Jammu and Kashmir and Punjab were between 10 and 20 percent than the expected cases based on the increased testing. In Uttar Pradesh, Rajasthan and Madhya Pradesh, new cases were between 9.7% and 5.5% based on increase in testing. Meanwhile, about 5% new cases are being found in big states like Tamil Nadu, Maharashtra, Gujarat and Haryana.