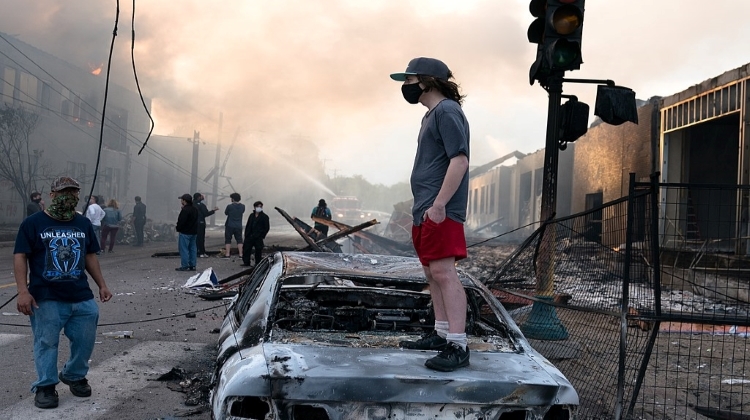 Protests and curfew continue on the eighth day of protests across the US over the death of George Floyd, an unarmed black man, at the hands of Minneapolis police. One former white officer was charged with third-degree murder and manslaughter — but protesters demand that other officers involved should also be charged.

President Trump has constantly said that the military will be deployed if widespread violence isn’t quelled. Almost half of the US has activated the National Guard.

Yesterday, President @realDonaldTrump announced that the military stands ready if necessary to stop criminals and mobs who have infiltrated peaceful protests with violence and anarchy.

Violence against any American will never be tolerated.

Trump’s opponents and former military leaders have cornered him over threatening protesters with military might and condemned the remarks as incendiary.

When 100,000 Americans died because of his incompetent leadership, this president golfed.

When Americans peacefully protested outside the White House, this president tear-gassed them for a photo-op.

Donald Trump was elected to serve us all — but he only looks out for himself.

Despite Tuesday being a lot calmer than the last week and fewer instances of looting, in major cities around the country which are under curfew, including New York and Washington DC, protesters are hitting the streets and facing arrest.

What’s happening in New York right now is just unconscionable. Looters roaming from store to store. This is not a protest. pic.twitter.com/9G2AENAChf

The movement took a new form on Tuesday as millions went silent on social media in a bid to better amplify the voices of black people, under the hashtag #BlackoutTuesday.

Meanwhile, experts hired by George Floyd’s family and the Hennepin County Medical Examiner have concluded his death was a homicide.