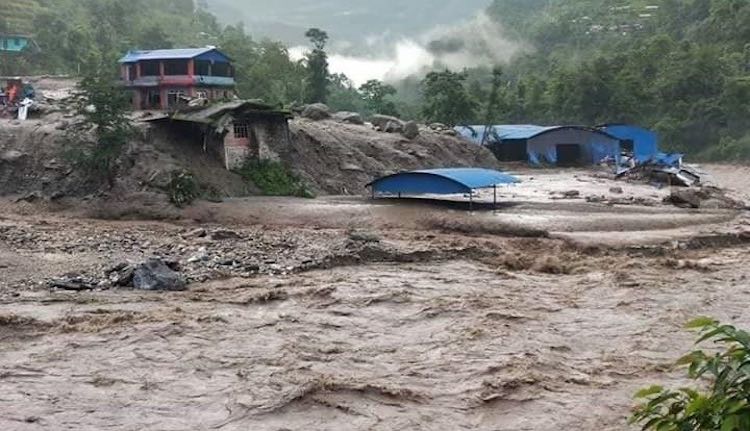 36 houses of neighboring country Nepal were washed away by the floods after heavy rain on Thursday night. So far, two people, including a three-year-old girl have died in the natural disaster, while 20 people are reportedly missing. The accident took place in the Sindhupalchowk district of Nepal where the Nepali army, police as well as local people are also engaged in relief operations. All the houses were located on the banks of the Bhote Koshi river and due to continuous rain, the area’s water level suddenly rose.

Sindhupalchowk district chief Umesh Dhakal said that the flood suddenly hit at midnight due to which people did not get a chance to recover. Along with the floods, landslides have also occurred in this mountainous region, due to which the highway is also closed. This is the reason that the rescue and relief operations were delayed.

According to the district administration, two people have been rescued who have been airlifted to Kathmandu, but 20 people are still missing. Only one person Furfa Tamang is left in a family of five people settled on the banks of Bhote Koshi river.

He said that the house suddenly started moving at around 2.30 pm on Thursday night. When he woke up, he saw water entering the house rapidly. In a few minutes, the whole house was washed away. His 74-year-old father, 12-year-old son, wife, and nephew also drifted along with the flood.