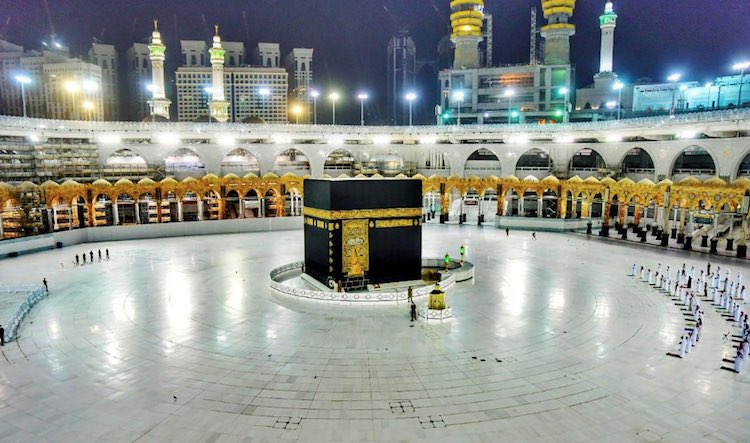 After banning foreign travelers for the Haj pilgrimage this year, now Saudi Arabia has also banned kissing and touching Kaaba Sharif during the Tawaf. The Saudi Arabian government agency issued a statement saying that during the Tawaf, it would be mandatory for social distancing and maintaining a distance of one and a half meters from each other.

The Saudi Arabian Health Agency's Center for Disease Prevention and Control (CDC) said in its statement, "In view of the coronavirus pandemic, there has been a ban on touching Kaaba Sharif during the Haj this year. And to prevent the spread of coronavirus, it is necessary to maintain a distance of one to one and a half meters from each other. Also, only those with Haj permits will be allowed in Mona, Muzdalifah, and Arafat.'

Every year, millions of Muslims from all over the world reach the holy place of Mecca for Haj. But this year due to the coronavirus pandemic, Saudi Arabia had already banned the Haj pilgrimage for foreign travelers. Saudi Arabia said that this year only people living in the country will be able to perform Haj but that number has also been limited to thousands only.