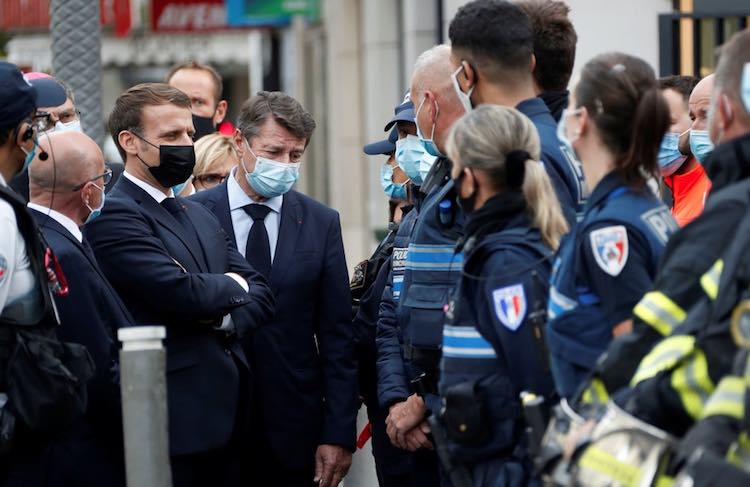 Several world leaders have strongly condemned the knife attack in the city of Nice in France. Heads of nations including India, Spain, Italy, Britain, Iran have shown solidarity with France and strongly condemned the attack.  Turkey has also reacted sharply to French President Emmanuel Macron's statements, calling them "anti-Islam". Fahrettin Altun, communications director in the Turkish government, expressed grief over the attack.

We will continue to confront any politician who insults our religion and values. We feel we owe no apology to anyone for expressing our strong opposition to racism and xenophobia. We categorically deny any effort to associate us with any kind of violence.

Also Read: 8,50,000 Animal Viruses Could Be Caught By Humans Unless We Protect Nature: UN Report

India has also expressed solidarity with France and condemned this attack.

I strongly condemn the recent terrorist attacks in France, including today's heinous attack in Nice inside a church. Our deepest and heartfelt condolences to the families of the victims and the people of France. India stands with France in the fight against terrorism.

I am appalled to hear the news from Nice this morning of a barbaric attack at the Notre-Dame Basilica. Our thoughts are with the victims and their families, and the UK stands steadfastly with France against terror and intolerance.

Regarding the attack, Iran said that it is an 'escalating vicious cycle of hate speech, provocation and violence' and called the attack an 'act of terrorism'.

We should recognize that radicalism only breeds more radicalism, and peace cannot be achieved with ugly provocations. pic.twitter.com/X5cbxkkrsm