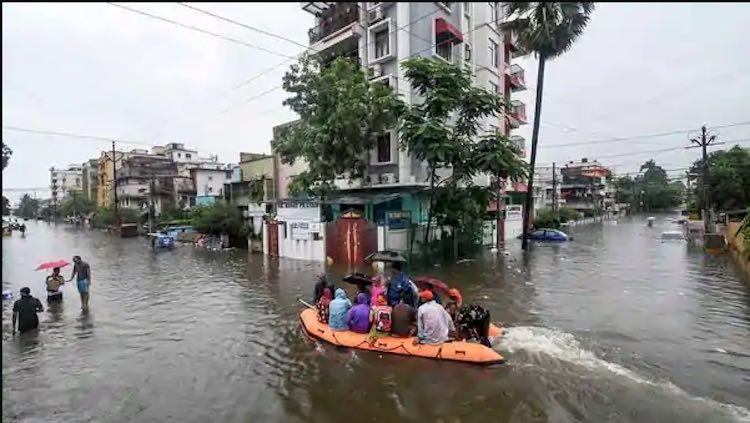 Amid the worsening flood situation in Bihar, the weather department has predicted that heavy rainfall till August 1 in the northern region of the State. According to the State Disaster Management Authority, 24 lakh people so far have been affected across 11 of 38 districts of the State. Also Read: Conversation with TRYTRY Co-Founder Leo Ou - China’s Growing Beauty Brand

Darbhanga has become the most affected district of Bihar, where many villages have been submerged and the water level is rising rapidly. The floodwaters have also entered places in Sitamarhi, Shivhar, Supaul, Kishanganj, Muzaffarpur, Gopalganj, West Champaran, East Champaran, Khagaria and Saran districts. Over the next few days due to floods in North Bihar, the situation will go from bad to worse. Six rivers are flowing above the danger mark at 24 spots in 15 districts of the State. These include Gandak River East and West Champaran, Gopalganj, Muzaffarpur and Vaishali, Budhi Gandak East and West Champaran, Muzaffarpur, Samastipur and Khagadia, Bagmati and Adhwara River Sitamarhi, Shivhar, Muzaffarnagar, Darbhanga, Kamla River Madhubani, Kosi River, Supaul And the Mahananda river is above the danger mark in Purnia and Katihar. The district administration is on alert monitoring the embankments to assess the flood situation. Engineers of the Water Resources Department have also been asked to monitor. Seven NDRF teams and eight SDRF teams are running relief and rescue operations for millions of people hit by the floods. As the weather and floods worsened, the Air Force choppers in Gopalganj, Darbhanga and East Champaran stopped air-dropping of food packets, which was started on 25 July. The State Disaster Management Authority is now trying to deliver food packets to the flood victims through boats in these areas.
TAGS India Meteorological Department Floods State Disaster Management Authority NDRF Bihar CM Bihar floods Bihar heavy rainfall Heavy rains