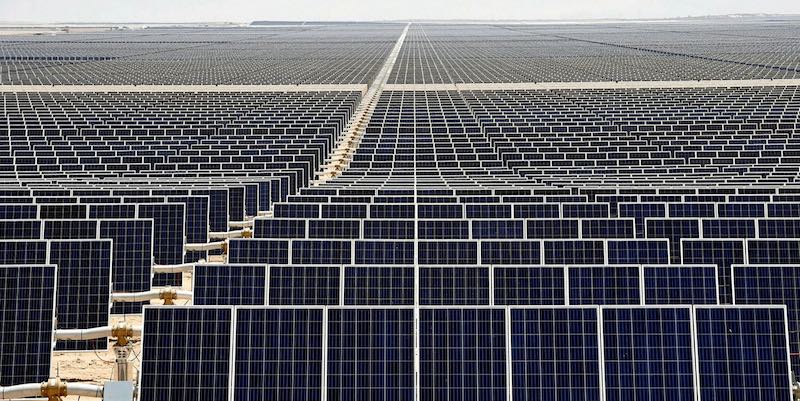 DK Shivakumar, Karnataka Congress president and a former minister in the Siddaramaiah government, had earlier accused PM Modi of misleading the country and said that a 2000 megawatt solar plant is already operational in Tumkur district of Karnataka. He has now sought an answer from the Union Ministry of Power in this regard.

He tweeted, 'BJP government is claiming that they have built Asia's largest solar plant in Rewa, Madhya Pradesh. But a 2000 megawatt plant is already ready at Pavagada in Karnataka and is operational since 2018. This solar plant was built within three years of the Congress era.’

He said in another tweet, 'The special thing is that the farmers' lands have not been acquired to build this 2000 megawatt solar plant. All the land of this 13,000-acre solar plant has been taken on lease, which is paid every year.’

Interestingly, on January 19, 2020, Union Minister Piyush Goyal had already named this solar plant in Karnataka to be the largest solar plant in the world.

He tweeted, "India's takes lead in clean energy: The world's largest solar park at Pavagada in Karnataka is now fully operational." ‘This plant produces 2050 megawatt of clean energy and has been built by taking land from farmers on a lease, use of drought-hit areas, and a better source of income for farmers.’

The foundation of the solar park built in Pavagada area of ​​Tumkuru district of Karnataka was laid in the year 2016. The park has been designed by the then Government of Karnataka, Solar Energy Corporation of India and Karnataka Renewable Energy Limited. The park is divided into eight parts with 250–250 MW capable of supplying high voltage to pooling stations and pooling sub-stations.

The unique thing about the park is that this 13000-acre solar park has been built on rented land. The Pavagada region of Karnataka is included in the drought-prone areas. The farmers are given Rs 21,000 annually for these leased lands. However, there is also a provision to increase it at the rate of five percent every two years.

According to Mercom, India's solar project tracker, Karnataka is the first solar state in the country where around 7.1 GW of large-scale solar projects operate. Renewable Energy has a 62 percent stake in power generation in the state. It also has 35 percent of thermal power and 2.5 percent of nuclear power. At the same time, solar energy accounts for 22 percent of the total electricity capacity.