Bicycle Production Down by 50% Due to Labour Shortage 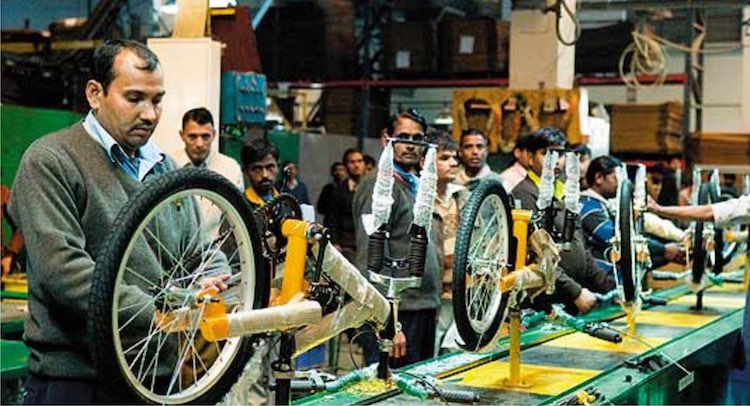 In the early days of the coronavirus pandemic, due to the lockdown, millions of workers were forced to go back to their homes, but the difficulties of businessmen are now increasing due to the lack of workers. In Punjab, bicycle makers are suffering significant losses due to a shortage of labourers.

He told that in the month of April to June last year 50 lakh bicycles were sold, but this year only 25 lakh bicycles have been sold during this period. However, Pahwa hopes that as soon as the schools reopen, demand and supply will return to normal.

Avtar Singh Bhogle, director of Bhogal Cycle Industries of Ludhiana, said that despite increasing demand for the bicycle, he is not able to take advantage of it. Due to COVID-19, the plan to distribute bicycles in various states is currently closed, but if the order comes, we will not be able to produce the bicycle due to labour shortage. He told that before the lockdown, if someone used to earn Rs 2 lakh, now he is earning only about Rs 50 thousand.