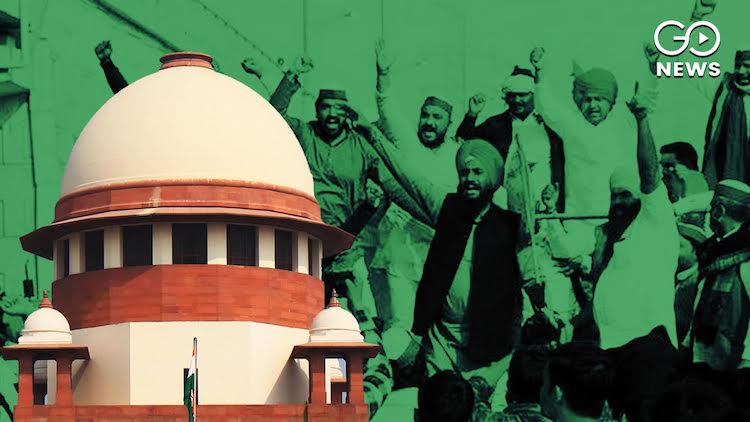 The Supreme Court on Tuesday stayed the implementation of Centre's contentious farm laws until further orders. The top court has also formed a committee consisting of H S Mann, Pramod Kumar Joshi, Ashok Gulati, and Anil Dhanwant to end the months-long deadlock between the farmers and the Modi government.
Also Read:
World Food Prices On Rise Amid Pandemic & Economic Decline

A bench, headed by Chief Justice of India S A Bobde and comprising Justices A S Bopanna and V Ramasubramanian, said those “genuinely” interested in finding a solution would appear before the committee. The top court was hearing a clutch of petitions challenging the validity of the three farm laws that were enacted last September. "These are matters of life and death. We are concerned with laws. We are concerned with the lives and property of people affected by the agitation," the apex court remarked. "We are trying to solve the problem in the best way. One of the powers we have is to suspend the legislation," said the CJI. The government had told the court that the laws "were not hurriedly made", that they were the result of two decades of deliberations. In eight rounds of talks with farmers' unions over the past month, the government had strongly ruled out repealing the laws but had insisted that amendments were on the table. The top court has also issued notice to farmer unions and Delhi Police over the tractor rally being planned on 26th Jan in Delhi.