Bihar Polls: In A First, CPI (ML) Gives No Tickets To Upper Castes 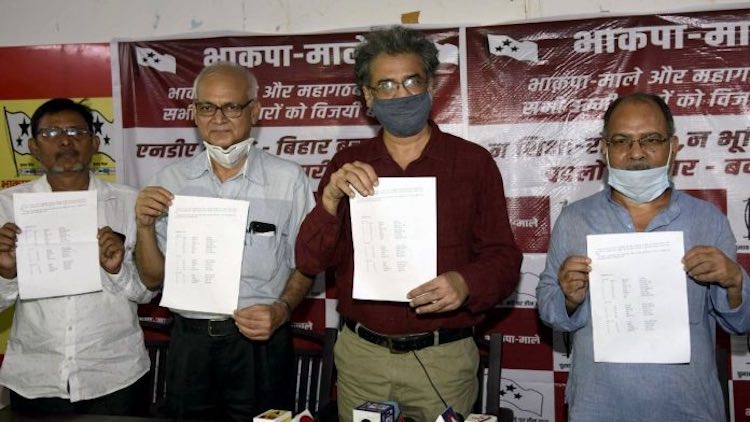 For the first time, the Communist Party of India (Marxist-Leninist) or CPI (ML), considered to be the largest leftist party, has not given any ticket to upper castes in the upcoming Assembly polls. The CPI (ML) is the only Communist Party whose members were present in the previous assembly. Three of its MLAs won in the last election. This time the leftists are part of the Grand Alliance with the UPA. They have got 29 seats — CPI (ML) 19, CPI (6) and CPM (4).
Also Read:
Does Privatisation Benefit Farmers? Sugar Mills Already Owe Thousands Of Crores To Farmers

On Monday, the party has announced all its 19 candidates, which include backward castes (9), most backward castes (2), scheduled castes (5) and Muslims (3). The list includes 5 Kushwaha candidates, 4 Yadav candidates but no upper caste nominee. The CPI (ML) was an underground party for a long time and was known for its armed resistance against the feudal lords in Central Bihar. It was the mainstay among Bihar’s Dalits and backward classes. But in the ninth decade of the last century, this party chose the parliamentary route and shelved the armed struggle. This was the same period when backward castes emerged in the name of social justice in the Hindi belt and Lalu Yadav was the Chief Minister then. But soon after its general secretary Vinod Mishra, who became known as ‘Maale’, jumped into electoral politics, other parties raised the flag of social justice and started accusing him of upper caste domination. The CPI, the traditional big party of Bihar, was already under target over upper caste domination. This propaganda weakened the mass base of the Left, although their programmes were consistently against the feudal forces which topped in caste oppression. Maale continued to accuse the RJD of being feudatories of feudal lords for a long time, and many districts also had face-to-face battles. RJD MP Shahabuddin was accused of killing CPI (ML) leader and president of JNU Students' Union Chandrashekhar alias Chandu. However, in the changed circumstances, the party has been forced to form an alliance with RJD, but there has been a lot of difference in the social structure of this party. Not giving a ticket to any upper-caste candidate indicates what the party's priority is.