China Will Not Be First To Escalate Border Dispute With India: Wang Yi 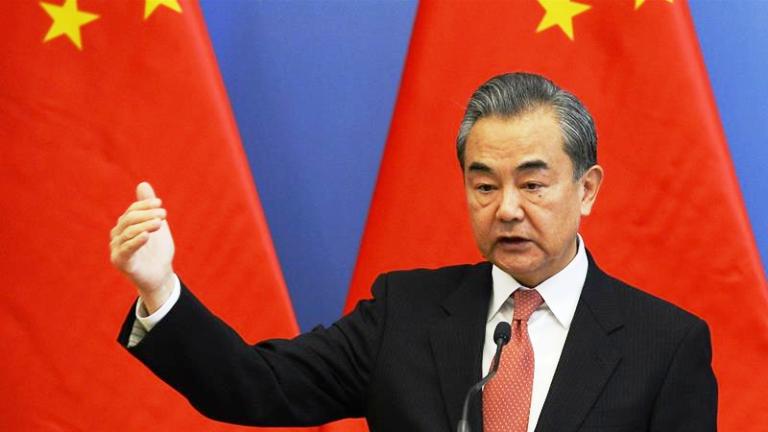 The tension between India and China is at its peak after the intervening night of 29/30 August between Indo-Chinese soldiers. Chinese Foreign Minister Wang Yi who is on a France visit has broken his silence over the issue. Yi said that China is committed to always maintain stability on the Indo-China border and that there will be no attempt on its part to confuse or escalate any dispute.

The Chinese Foreign Minister also said that the border between India and China is yet to be demarcated due to which there will always be problems. China is committed to protecting its border and sovereignty and is ready to resolve all issues with India through dialogue.

The Chinese foreign minister said this during his speech at the French Institute of International Relations. Wang Yi also said that China is the only country with which most countries have borders.

But due to the reshuffle in the history of the neighboring countries, various problems always arose. China wants to resolve all the issues with neighboring countries which were left incomplete in history. The Chinese foreign minister was referring to the Indo-Pakistan Partition possibly in 1947 and was describing the current border dispute as a byproduct.

However, the border dispute between India and China is also on the international border in the northeastern states. China has been repeatedly accused of infiltrating into Arunachal Pradesh. Meanwhile, the Western Command of China has inversely accused India that Indian troops once again illegally crossed the LAC in the southern area of ​​Pangong Tso Lake. China has described it as an inflammatory action as well as a step to break the agreement.

China also said that such activity will reduce peace and stability along the India-China border. Earlier on Monday, the Chinese Foreign Minister said that Chinese soldiers have always strictly followed the rules of LAC and never crossed the line. Military officials of the two countries are talking to each other on the border dispute.

Yi also said that the leaders of both countries have met many times and reached important agreements. Both sides agree that mutual interests should be looked into, bypassing differences with bilateral cooperation. Differences can be handled in a manner. This much can be done that differences do not increase and do not snowball into conflict.

The Chinese Foreign Minister also reiterated that China and India are developing countries and that both countries should jointly protect the interests and legitimate rights of developing countries in international forums. Apart from this, a place should be prepared for the development of emerging economies.

He said that if India and China are developed, then the population of more than two billion 70 crore living in these two will move towards modernisation together which can prove to be a milestone in the journey of human progress.