Babarpur And Jaffrabad: Scenes From Both Sides Of The Divide 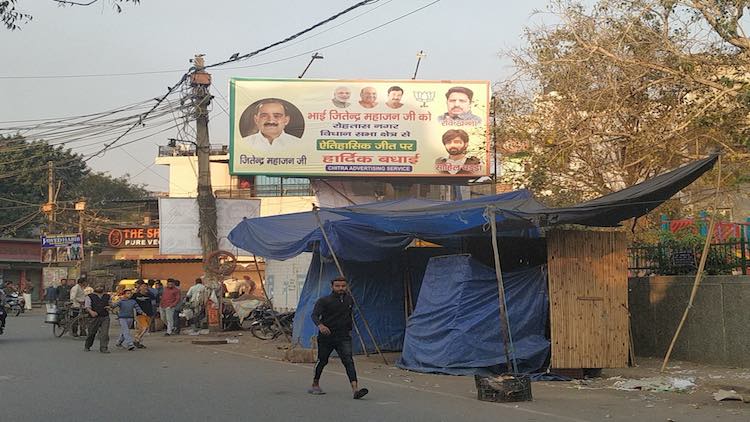 In Delhi's Babarpur on Tuesday afternoon, when India was hosting US President Donald Trump in the same city, groups of men, some of them armed, were gathering. The lane that leads to Maujpur and Jaffrabad was crowded, even as shops were closed.  In Jaffrabad, the situation was tense, as it was here.
Also Read:
Smith Back As Top-Ranked Test Batsman

Jaffrabad, a Muslim majority area has been one of the centres of protest against the CAA, NRC and NPR. Babarpur, on the other hand, is a Hindu majority locality. While the tension was clear, there was very little police presence. I was coming from Jaffrabad, where women protesters occupied the main road on February 22. On February 23, BJP's Kapil Mishra gave a speech in Babarpur after which violence erupted. The women at the protest site refused to talk on camera. "No one listens to what we say, what is the point?" a protester asked. There was anger, fear and mistrust. A woman, appearing to be in her 50s, approached me angrily upon seeing my microphone, but was calmed down by others. "They are going to get us killed," she said, half angry, half crying. There was no access to Maujpur from the Jaffrabad side, so we decided to take a detour via Shahadra. A big board supporting CAA captured my attention as I took a lane that went to Maujpur. There were people on the road, ritualistic chanting was going on at the local temple, and apart from shops being closed, everything appeared normal. Most men on that road had 'tilak' on their foreheads. A kilometre down that lane, we could smell tear gas. There was hardly any police present where we were. Men with rods and sticks started coming from the Maujpur side. One man, who appeared to be a local, approached me, accusing me of making videos. I was forthright in telling them I am a journalist but also added that I had not made any videos so far.  They insisted that I show them my phone, there was little scope for an argument as one of the guys had a metal rod in his hand. I opened the video folder, and showed them. Any video I had was from the Jaffrabad side.  "Hindu bahut samay ke baad jaaga hai (Hindus have awakened after a long time)," said one man. I was accompanied by a non-journalist friend who happened to be in the area. Within seconds, we were surrounded by a group of 10-15 men, including two old men. I tried to reason with the old men, thinking that they would be more balanced.  The old man accused me of stirring trouble and questioned why I was doing that despite being Hindu. At no point had I mentioned my religion, they knew it. They tried to take my phone from my hand, I had to snatch it back, they asked me to format my phone, and threatened to beat my friend. I said we would leave quietly and had no videos, but the conversation was beyond any reason. What they made very clear was that they were talking to me only because I was a Hindu and a woman. Their words to my friend were not so toned down though, they threatened to kill him and said that I may go and leave the man behind. "Is dande ka gussa tujhpe utar jayega," said a man who had covered his face and was holding an iron rod. Another wave of men came from the Maujpur side, and the mob turned towards them. In the ensuing ruckus, we left in a hurry. We took a rickshaw, but were followed almost all the way to the main road.  A group of men on motorbikes drove along, and kept telling me that I should stop being anti-Hindu. "Kejriwal ko vote diya na, ab bhugto (You voted for Kejriwal, now face the music)," said a man on a scooter.