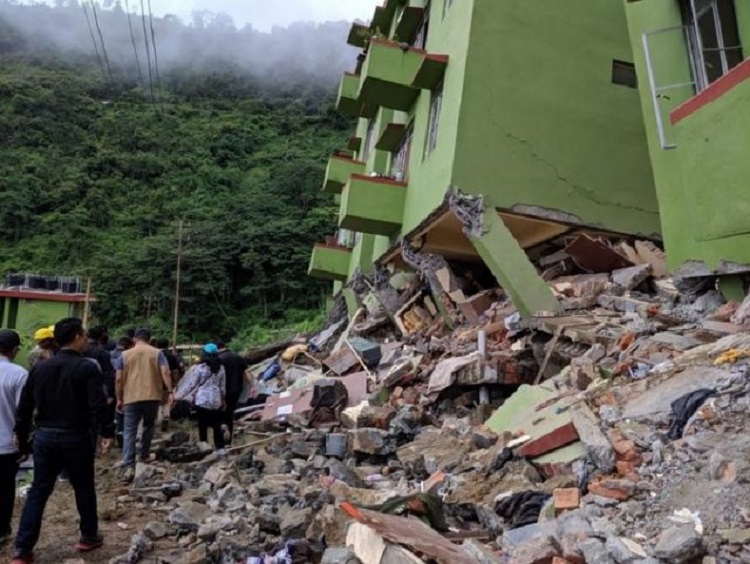 In the last 12 hours in the northeastern state of Mizoram, there have been two earthquakes. According to the Center for Seismology, the earthquake occurred at 4.10 am with a magnitude of 5.5 measured on the richter scale. The epicenter of the earthquake was at Zokhawathar, 27 km from Champhai on the Indo-Myanmar border, but tremors were also felt in the capital city of Aizawl.

Several houses and buildings, including a church, have suffered damage in the state's Chambai district, where the earthquake was centered. The tremors were so severe that they put cracks on the roads. However, it has been a matter of relief that no casualties have been reported so far.

Prime Minister Narendra Modi and Home Minister Amit Shah have spoken to the Chief Minister of the state over the phone and have promised every possible help from the central government.

Spoke to the Chief Minister of Mizoram, Shri @ZoramthangaCM Ji on the situation in the wake of the earthquake there. Assured all possible support from the Centre.

After which the state Chief Minister Zoramthanga tweeted and thanked for the assurance given by the Prime Minister and the Home Minister.

This is the third earthquake in Mizoram in the month of June. Earlier on June 18, Mizoram felt a tremor of a 4.6 magnitude earthquake. The quake particle center was Aizawl, the state capital but no damage was done then.