In a sudden step which can have global implications for the armament and defence industry India may reportedly shelve or pause all its international orders for arms purchases. India is the world’s second largest arms importer and the move has major strategic and financial implications for the international defence industry. On Wednesday January, 11, Prime Minister Modi is holding a high level meeting to chalk out a way forward on how to cut India’s defence import bill while promoting indigenous manufacturing while keeping its strategic needs in mind. A decision to shelve the current orders maybe taken in this meeting which now has a question mark over it as the Defence Minister Rajnath Singh has contacted Covid and is in medical isolation.
Also Read:
PM Security Breach: How Did Indira Gandhi And Rajiv Gandhi React To Threats?


According to Indian Defence Minister Singh, the country purchased $37b or Rs 2.77 lakh worth of armament between 2016-19 and the government is planning to cut at least $2b from its defence import bill this year. Stockholm based think tank SIPRI says that India was the second largest importer of military hardware with 9.5% share during 2020 following Saudi Arabia with 11% global market share. 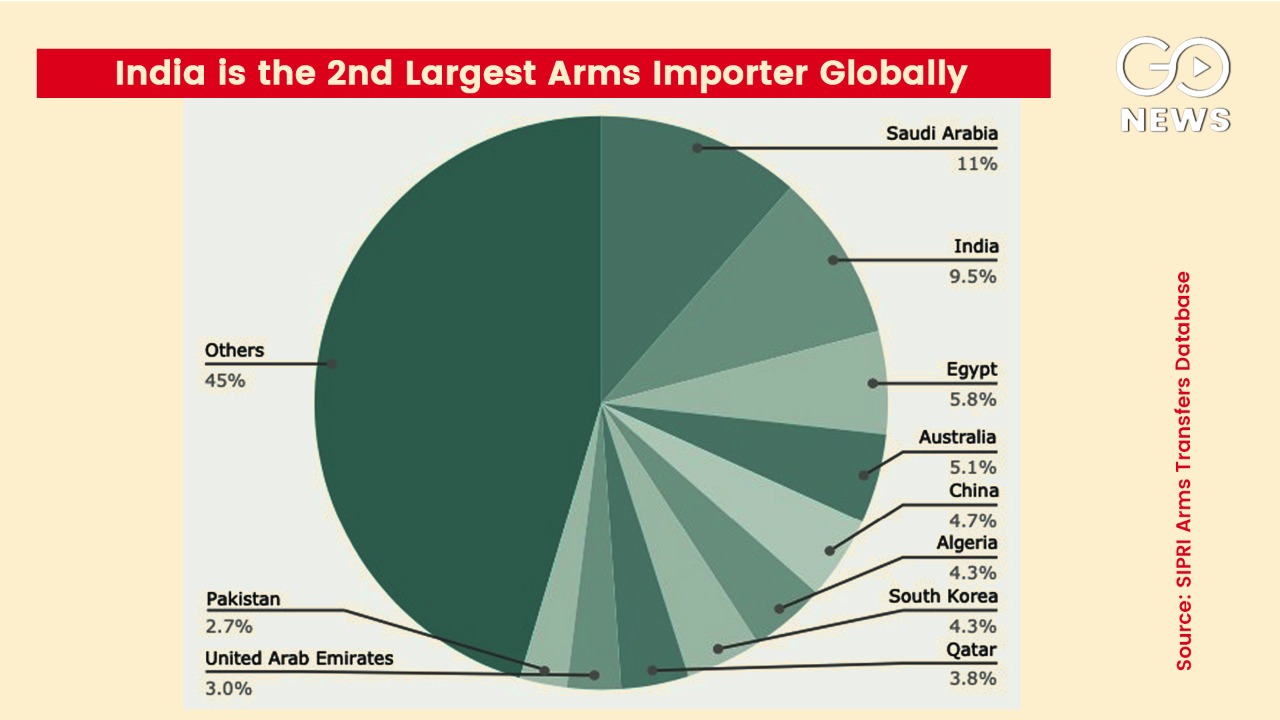 Significantly India’s defence purchases have declined in the recent years and are now less than 2010 according to a World Bank trade report.
During the last decade India has drastically changed its choice of arms acquisitions as a leverage on world diplomacy. Till 2011, almost 70% of India’s supplies came from Russia, a hangover of the Soviet era which allowed barter and Rupee based payments. But during the last five years, Russia’s sales to India have declined to 49% as the country is broad basing its defence hardware dependence. France and Israel have emerged as two of its major new suppliers. The. Countries that supply to India may take a hit as the Modi government recalibrates its military needs and shelves current orders. According to SIPRI 23% of Russia’s entire military exports are to India followed by France (21%), Israel (43%) and South Africa (13%). The only country missing from this list is the US which is the largest exporter of arms to the world. The total budget sanctioned for the Indian military for the financial year 2021 is ₹4.78 lakh crore roughly US$63 billion, a major part of which is spent on arms purchases. Many deals are in the pipeline including Navy’s helicopter purchases from Russia and missile defence systems from Israel.  India has been under pressure from the US over its purchase of S400 missile defence systems from Moscow. During President Putin’s 6 hour visit to India in December, both countries declared that they will withstand the US pressure and the deal finally came to fruition.
In its latest global report SIPRI says: “Russia was the largest arms supplier to India in both 2011–15 and 2016–20. However, Russia’s deliveries dropped by 53 per cent between the two periods and its share of total Indian arms imports fell from 70 to 49 per cent. In 2011–15 the USA was the second largest arms supplier to India, but in 2016–20 India’s arms imports from the USA were 46 per cent lower than in the previous five-year period, making the USA the fourth largest supplier to India in 2016–20. France (Rafale fighter jets) and Israel (Barak Missiles) were the second and third largest arms suppliers to India in 2016–20. India’s arms imports from France increased by 709 per cent while those from Israel rose by 82 per cent.”
India perceives increasing threats from Pakistan and China and strategic analysts have underlined that the country is facing thousands of kilometers of “live borders” spanning from Jammu and Kashmir to Arunachal Pradesh. Country’s ambitious plans to produce its own major arms have been significantly delayed under the Atm Nirbhar Mission launched in 2018. Now it is planning large-scale programmes for arms imports. Based on its outstanding deliveries of combat aircraft, air defence systems, ships and submarines, India’s arms imports are expected to increase over the coming years. And by redefining its new military hardware supplying friends to counter old enemies, India can redefine the entire military trade in the world depending on its choices.