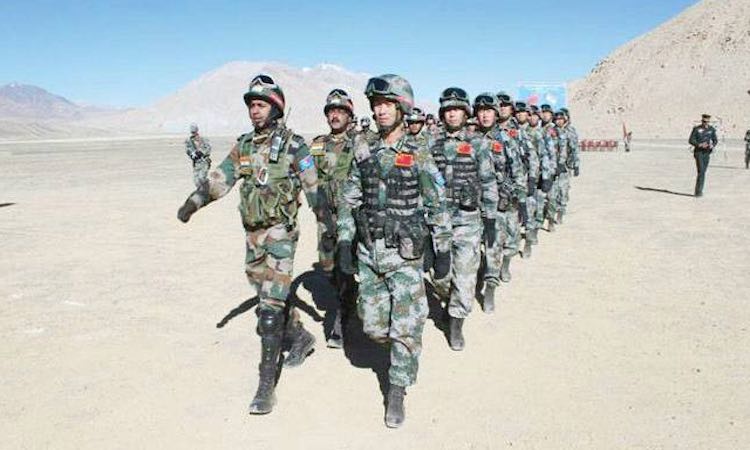 June 16 - An Indian Army officer and two soldiers were killed in a violent face-off with Chinese military personnel in the troubled Galwan Valley in Ladakh on Monday night. An official statement said that "During the de-escalation process underway in the Galwan Valley, a violent face-off took place yesterday night with casualties on both sides. The loss of lives on the Indian side includes an officer and two soldiers. Senior military officials of the two sides are currently meeting at the venue to defuse the situation".
Also Read:
1.7 Billion People With Underlying Health Condition Risk Severe COVID-19 If Infected

Army sources were quoted by AFP as saying the clash was in hand-to-hand combat with casualties on both sides.  The following is the full statement of MEA spokesperson, Anurag Srivastava, on the situation given later on Tuesday: " India and China have been discussing through military and diplomatic channels the de-escalation of the situation in the border area in Eastern Ladakh. Senior Commanders had a productive meeting on 6th June 2020 and agreed on a process for such de-escalation. Subsequently, ground commanders had a series of meetings to implement the consensus reached at a higher level.  "While it was our expectation that this would unfold smoothly, the Chinese side departed from the consensus to respect the Line of Actual Control (LAC) in the Galwan Valley. On the late-evening and night of 15th June, 2020 a violent face-off happened as a result of an attempt by the Chinese side to unilaterally change the status quo there. Both sides suffered casualties that could have been avoided had the agreement at the higher level been scrupulously followed by the Chinese side.  "Given its responsible approach to border management, India is very clear that all its activities are always within the Indian side of the LAC. We expect the same of the Chinese side. We remain firmly convinced of the need for the maintenance of peace and tranquillity in the border areas and the resolution of differences through dialogue. At the same time, we are also strongly committed to ensuring India’s sovereignty and territorial integrity."  Earlier on Tuesday, the Editor-in-chief of the Chinese and English editions of the Global Times, Hu Xijin, confirmed in a tweet that there were casualties on the Chinese side as well.

Based on what I know, Chinese side also suffered casualties in the Galwan Valley physical clash. I want to tell the Indian side, don’t be arrogant and misread China’s restraint as being weak. China doesn’t want to have a clash with India, but we don’t fear it.

An Indian Army infantry battalion is currently stationed in the Galwan Valley area. This is the first time since 1975 that casualties have been incurred along the LAC between the two countries. Talks to diffuse the situation over the past few days have been taking place at the Brigade Commander and Battalion Commander level. Meanwhile, news agency ANI reports that Defence Minister Rajnath Singh held a meeting with Chief of Defence Staff General Bipin Rawat, the three service chiefs and External Affairs Minister Dr S Jaishankar over the developments in Eastern Ladakh were discussed. China's Foreign Ministry, asked about Indian Army reporting casualties in the clash with China, has called on India to not take unilateral actions or stir up trouble, according to news agency Reuters.  Beijing has accused India of crossing border and 'attacking Chinese personnel', another news agency AFP reported.