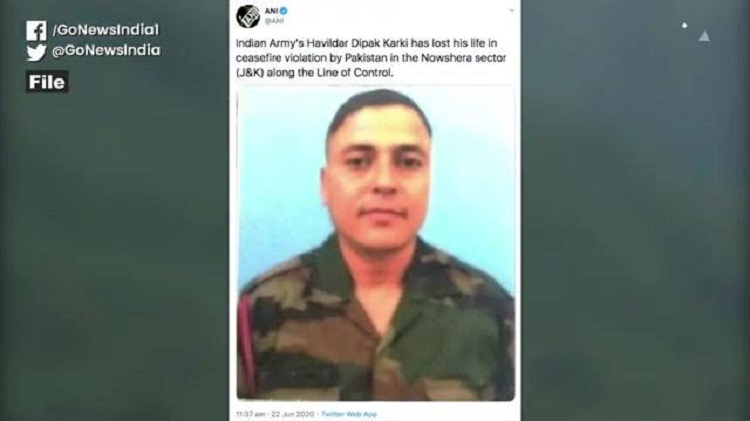 There is a fierce cross-border firing ongoing between India and Pakistan near the international border of Jammu and Kashmir. An Indian soldier was killed during the firing in the Naushera sector of Rajouri.

Government statistics show that till June 10 this year, 2027 ceasefire violations were committed by Pakistan. During this period 80 to 120 mm mortars were fired, cannons were fired and snipers were also used. In April and May, 30 major cases of cross-border firing were reported.

According to the data presented in Parliament, since 2017, cases of ceasefire violations on the international border have increased exponentially. Statistics show that 881 cases were registered in 2017, 2140 in 2018, and 3168 cases in 2019. At the same time, 646 cases were reported till February 2020. In April, May, and June this year, there has been a huge increase in firing cases.