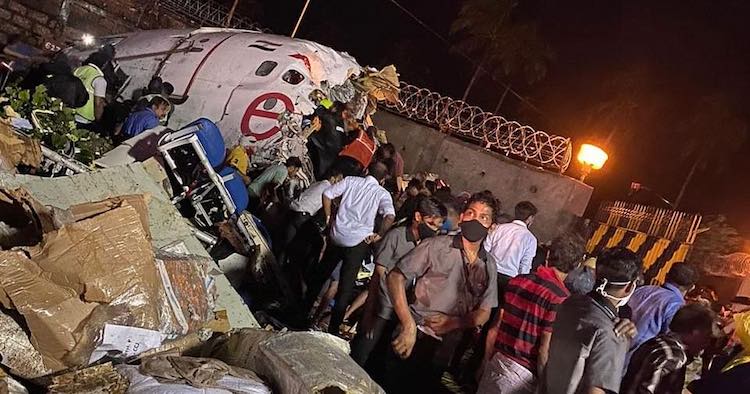 Relief and rescue operations have been completed in the Air India Express plane crash in Kozhikode, Kerala. According to Civil Aviation Minister Hardeep Singh Puri, 127 people are still hospitalised but several others have been discharged from the hospital. Puri said that if there was a fire in the aircraft, the relief & rescue operations would have become more difficult.

Our task would have been much more difficult if the plane had caught fire. I am going to the airport (Kozhikode International Airport in Karipur): Hardeep Singh Puri, Civil Aviation Minister #Kerala https://t.co/4jXb4PAxQI

The plane crash occurred at Karipur International Airport in Kozhikode at 7.41 pm on Friday evening. The aircraft slipped as it landed and it split into two parts. Part of the aircraft fell into the ditch near the airport.

It is believed that the unfortunate accident occurred due to bad weather and heavy rain. However, a team of Ministry of Civil Aviation, DGCA and Flight Safety Department has reached Kozhikode to investigate the accident. Air India has arranged two special aircraft for casualties in the accident.

Two special relief flights have been arranged from Delhi and one from Mumbai for rendering humanitarian assistance to all the passengers and the family members. AAIB, DGCA & Flight Safety Depts have reached to investigate the incident: #AirIndiaExpress https://t.co/ITceAb2pHF pic.twitter.com/W6Wb6xldZA

The aircraft was returning from Dubai to Kozhikode under the Vande Bharat Mission. There were 26 passengers on board who lost their job while the visa of 28 passengers expired. Apart from these, there were 54 such people who had gone to visit Dubai but got stuck there due to the pandemic.