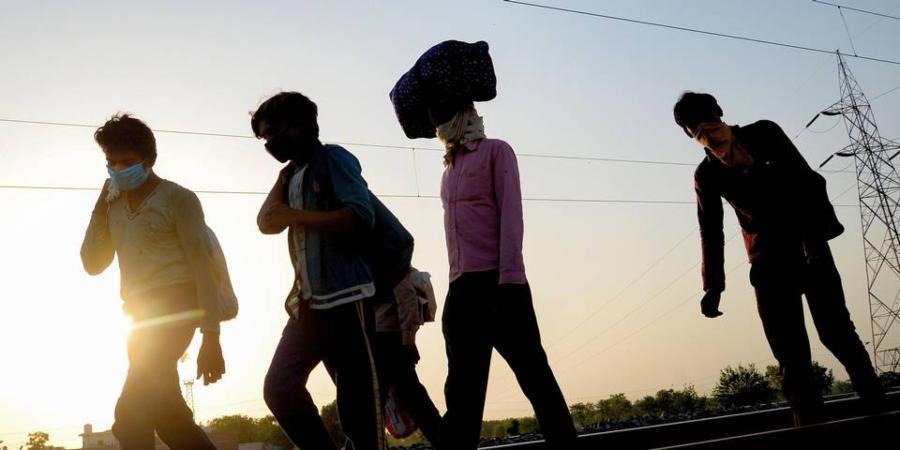 The sudden lockdown imposed in the last week of March forced millions of workers to flee the metros and return to their native villages. But after four months, it has become difficult for these workers to survive in their villages. A mixed report of several social organisations has claimed that 29% of the migrant workers have returned to the metros and that about 45% of the workers are preparing to return.

During the exodus, however, the workers had said that they would prefer to die of hunger in their village, but would not approach the cities for livelihood.

The survey has been conducted in 48 districts of 11 states between June 24 and July 8. During this time, 4,835 families were talked to by the surveyors. The survey shows that 80 percent of the workers returning to their villages were surviving on daily wages while about a quarter of the workers could not get work. They are still looking for work in villages and are unemployed.

This survey shows that the situation in the village is so bad that one in four families are thinking of getting their child out of school. That’s a staggering 24 percent. In the same way, 43% of the families have reduced their intake, while 55% of the families have reduced many things in food. However, the quantity and quality of food has improved slightly compared to the lockdown period.

The survey has been conducted in the name of ‘How Hinterland is Unlocking’. In this, several organisations including Aga Khan Rural Support Program, Action for Social Advancement, Grameen Sahara, Pradan, Saathi-UP have collaborated.