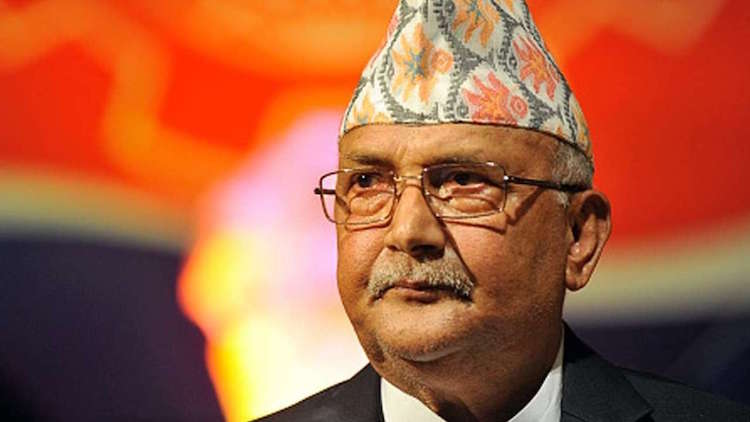 Nepal Prime Minister KP Sharma Oli is adamant on the claim that the Lord Ram’s birthplace is not in India but in Nepal. He has ordered the idols of Lord Rama, Sita and Lakshman be built in Ayodhyapuri village of Chitwan district. Nepali PM Oli also spoke to the Municipal Corporation officials including Mayor of Chitwan's Madi municipality, Thakur Prasad Dhakal, for two hours. Chitwan district of Bagmati region is in the valley of Nepal. Sunauli-Bhairahawa in eastern Uttar Pradesh is about 100 kilometres from the Indo-Nepal border. Ayodhyapuri is in Madi municipality of this district, where idols of Lord Ram, Sita and Lakshman will be built.
Also Read:
Masood, Woakes And Buttler Move Up In Test Rankings

Noted Nepal newspaper The Himalayan Times quoted Madi Municipality Shivahari Subedi as saying that Nepal PM KP Sharma Oli said that “all the evidence that I am aware of proves that Lord Ram was born in Nepal’s Ayodhyapuri and not in Uttar Pradesh’s Ayodhya.” Recently, on the occasion of Bhanu Jayanti, Nepal Prime Minister KP Sharma Oli gave a statement that Lord Ram was a Nepali, not an Indian, stirring up controversy between the two countries. PM Oli has said that the government will provide land to develop Ayodhyapuri as a religious and historical place. Apart from installing the idols, preparations are on to change the name of Madi Municipality to Ayodhyapuri Municipality. However, Vice Chairman of ruling Nepal Communist Party (NCP) Bamdev Gautam has raised his voice on the claim of Lord Ram to be Nepali. He said that PM Oli has claimed without any evidence. Meanwhile, the ruling BJP also issued a statement against Oli's statement. On August 5, Indian PM Narendra Modi went to Ayodhya in Uttar Pradesh to perform ‘Bhoomi Pujan’ for Lord Ram's temple.