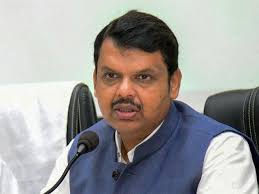 Apart from Indians, foreign citizens are also paying the price for taking part in protests against the Citizenship Law. After German student Jakob Lindenthal, now a Norwegian tourist named Janne-Mette Johansson has been asked to leave India immediately. Johansson, who is 71, had participated in a 12-km-long protest march against the Citizenship Law in Kochi on December 23. Also Read: Wisden Reveals Test & ODI Team Of The Decade

On the morning of December 27, a team of the Foreigners’ Regional Registration Office reached her hotel in Fort Kochi and after questioning, asked her to leave India immediately. According to Johansson, the officers threatened to take action against her if she did not leave at once. She wrote on Facebook, “A couple of hours back the Bureau of Immigration showed up at my hotel again. I was told to leave the country at once, or legal actions would be taken. I asked for an explanation and also something in writing. I was told I would not get anything in writing. The officer from the Bureau is not leaving me before he can see that I have a flight ticket. Now pretty soon on my way to the airport. A friend is fixing a flight ticket to Dubai and from there catching a flight back home to Sweden.” Johansson has visited India five times in the past. After the action by Immigration officials, she may not visit India again. She said that the demonstration on December 23 was peaceful and permission had been taken for it from Kochi administration. And now, she is shocked at the action taken against her.  On December 23, after taking part in the anti-Citizenship Amendment Act (CAA) demonstration, Johansson had posted pictures on Facebook and written, “This afternoon I participated in a protest march -- People’s Long March. It started out from Gandhi Circle Ernakulam, and we marched with slogans and flags to Vasco da Gama Square Cochin, while the protesters were singing and chanting, with their fists up. The People’s Long March was very well organised. During the 12-km-long march, warm water, salt, sugar and orange juice was given at two places. No riots here and people are motivated. They are raising their voices and are saying what needs to be said. During the protest, the police’s attitude was that of cooperation.” Johansson had used three hashtags #UnitedNotAlone, #BoycottNRC, #RejectCAA along with her Facebook post. This is the second case of a foreign resident leaving India. This week alone, a German student named Jakob Lindenthal has been sent back. Lindenthal had come to study at the Indian Institute of Technology, Madras, as part of an exchange program and had taken part in an anti-CAA protest there.