Omicron Variant: Why Is India Not Imposing International Travel Ban? 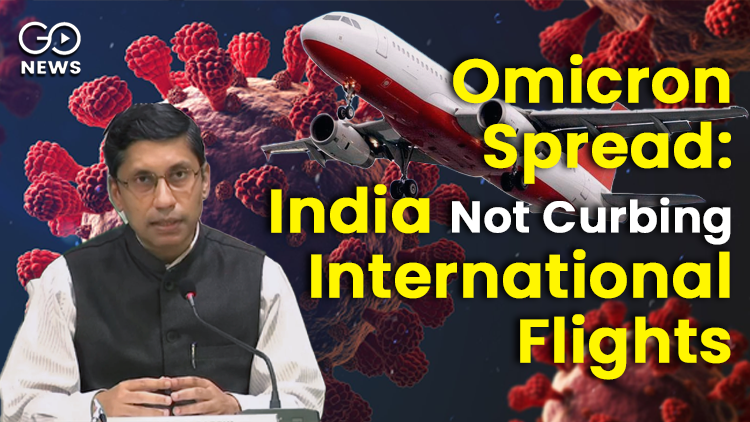 On Wednesday, 2nd December 2021, India recorded its first two cases of the Omicron variant of the COVID-19 virus, but it is still not in favour of banning international flights as a response and measure to counter its spread. The two cases of patients with the new variant were found in Bangalore. In Mumbai too, 9 patients have been identified who have travelled from countries affected by the new variant and have returned to the country between 10th November to 2nd December, although it is not clear whether they themselves have been infected with this new variant. The BMC (Brihanmumbai Municipal Corporation) has said that their samples have been sent for genome sequencing.
Also Read:
Uttarakhand BJP's Walk-Back On Char Dham Board Before Elections


9 international travellers including one from South Africa who arrived at Mumbai International Airport between 10th Nov -2nd Dec have tested positive for COVID19. Their samples have been sent for genome sequencing: Brihanmumbai Municipal Corporation pic.twitter.com/sBHFMcv9LK

Why Is India Not Restricting International Flights? After the new variant of the Coronavirus named ‘Omicron’ was discovered, many countries have restricted international flights to contain its spread. The new variant was first ‘discovered’ in South Africa although researchers from the Netherlands have said that it is possible that the cariant might have been in the Netherlands first. This is yet to be confirmed. Until the time of reporting, India has not enforced any travel ban or advisory for South Africa. Ministry of Foreign Affairs spokesperson Arindam Bagchi said: “I won’t like to speculate how the world looks at it; I certainly think there are many countries where similar cases have been found, we have not imposed any travel restrictions.” He said further: “We have instead intensified surveillance mechanism and protocol for those who happen to come from at risk countries, who have to undertake at arrival RT-PCR test, etc. and undergo home quarantine. I would refer to health ministry guidelines… This is not flight curbs”. Health ministry Joint Secretary Luv Agarwal said that on Thursday during a Covid update press briefing that “Those travellers who arrive from at-risk countries but return a negative report will have to undergo a seven-day home quarantine”. Agarwal said that India is standing united with countries which have detected the new Omicron variant, in particular southern African countries. India has itself detected two cases of the new Omicron variant, both in men, one of whom is a foreign national. Both had travelled from South Africa to India on 27th November. After returning to India, they were placed in quarantine while their samples were sent for genome sequencing, which returned a positive result for the new Omicron variant of Covid. Now, both patients are being treated in hospital.