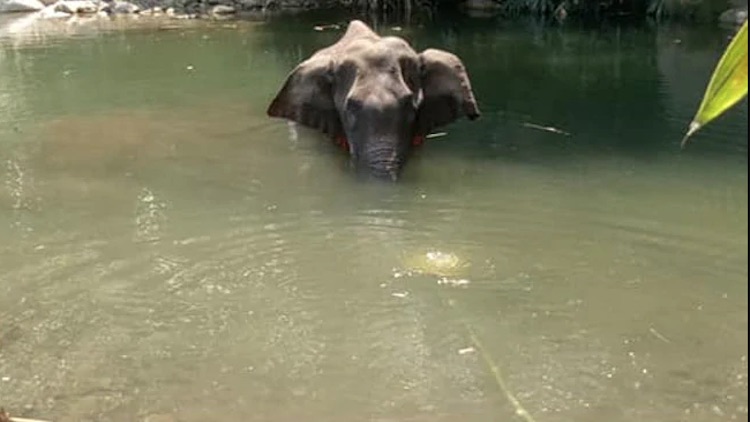 The Kerala Police has arrested one person in connection with the killing of a pregnant elephant in Palakkad district, state Forest Minister K Raju said on Friday. The minister said one man identified as P. Wilson, a plantation worker, has been arrested for his alleged role in the incident and more arrests are yet to be made in the case.
Also Read:
Lockdown Restrictions Eased In Maharashtra After 72 Days, Shops & Parks Open

Two people who were detained by the Palakkad Police said it was a snare laid to scare wild boars and pigs away who ruin their fields frequently. But the pineapple-filled firecrackers was consumed by the pregnant elephant following which she suffered a painful death. Uproar broke out in all corners of the country along with an attempt was made to paint the incident communal. Former Union Minister Maneka Gandhi claimed that the elephant died in the Muslim-majority district of Malappuram, which turned out to be wrong.

It's murder,Malappuram is famous for such incidents, it's India's most violent district.For instance, they throw poison on roads so that 300-400 birds & dogs die at one time: Maneka Gandhi,BJP MP&animal rights activist on elephant's death after being fed cracker-stuffed pineapple pic.twitter.com/OtLHsuiuAq

The same claim was also made by Union Minister Prakash Javedkar. He said, “This is not an Indian culture to feed firecrackers and kill an animal.” Kerala Chief Minister Pinarayi Vijayan expressed sorrow over attempts to give a communal colour to the incident. The CM said that some people are using this tragedy to “unleash a campaign of hate” and “importing bigotry”.

Having said that, we are saddened by the fact some have used this tragedy to unleash a hate campaign. Lies built upon inaccurate descriptions and half truths were employed to obliterate the truth. Some even tried to import bigotry into the narrative. Wrong priorities.

Lies built upon inaccurate descriptions and half-truths were employed to obliterate the truth. Some even tried to import bigotry into the narrative. Wrong priorities,” he wrote on Twitter.