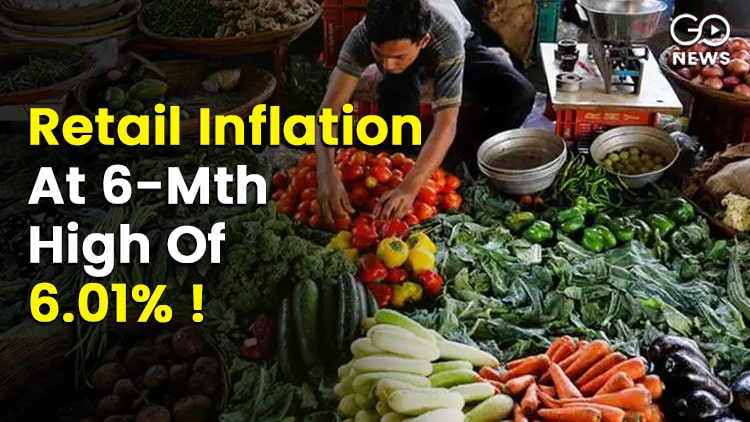 India’s retail inflation rate has touched a high of six months. National Statistical Office (NSO) data says that retail inflation in January was 6.01%. RBI Governor Shaktikant Das had said earlier that retail inflation can see a jump in January but there is no need to panic because of that. However, the retail inflation rate at present is higher than what the central bank had anticipated. After an RBI board meeting, the governor in an interaction with the media said that the rate of inflation is expected to be around 6%, but said that this is “no cause for panic”. It is notable that the retail inflation for December 2021 was registered as 5.59%, and 4.59% in November. Whereas in August, September, and October, 2021, it stood at 5.3%, 4.35%, and 4.48% respectively. It reached its peak in July 2021 of 6.6%.
Also Read:
Inflation Bites: WPI At 6 Month High, Food Items To Get Expensive!

Food inflation has also increased, going from 4.05% in December 2021 to 5.32% in January 2022. The prices of eggs and milk have risen from December 2021 and this is a major factor towards the rate of retail inflation recorded in January. It is the tenth straight month which saw the WPI remain in double digits. The data released prior to retail inflation rate shows that the Wholesale Price Index (WPI) increased by 13.56%, whereas in November 2021, the WPI was 14.87% against the expected 14.23%. The food inflation has risen from 6.83% in November, 9.24% in December (2021), and 9.555 in January 2022. This means that nearly all food items have undergone a 10% inflation in wholesale rates which has a direct impact on retail food prices as well.