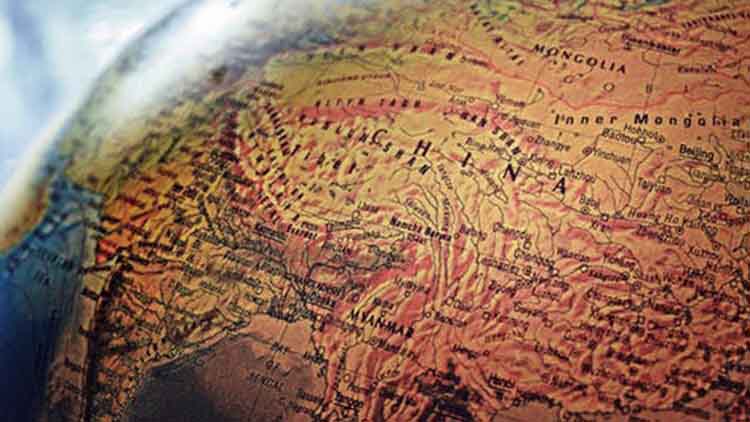 Sino- Indian relations have always been like a see-saw. India shares a border with china in five states. The border disputes, the expansionist designs and territorial fetishism of China are not new. It is deep-seated in history stemming not only from colonial incursions but also nomadic invaders, who plundered the rich Yellow River Valley civilization and ruled China.
Also Read:
US Senate Confirms First Black Military Chief In ‘Historic’ Vote

The boundary disputes with the dragon started way back in 1865 when India followed the Johnson line and PRC MacDonald Line of 1899. The line agreed between Great Britain, China and Tibet as part of Simla Convention of 1914 was an ambiguous treaty concerning the status of Tibet. The convention with annexes defined the boundaries between China and Tibet, Tibet and British India, as mediated by British administrator Henry McMahon and was known as the McMahon Line.

China has a well-defined peripheral policy, the core of which was defence through development and forced migration. The post 1949 Hanisation of Tibet and Xin Jiang is further validation of imperial policy. Historically, the Chinese have grabbed large areas in the Aksai Chin region and have refused to give it back, which also led to the 1962 Himalayan Conflict. There have been a number of peace protocols and confidence building measures from 1996 onwards which have resulted in 22 rounds of high level meetings, but nothing fruitful has been visible. The centrality of Pakistan remains the peripheral of China’s foreign policy and is a direct assault on India’s sovereignty.

Dragon Designs The past decade has seen China militarise the South China Sea (SCS). China is using instrumentality of force by the Communist Party of China (CPC) in projecting its power. At the time of a pandemic, a worldwide crisis, it continues to show its military prowess not only IN SCS but beyond. China established a new administrative district for Spratly Paracel Archipelagos and named 80 islands along with other geographical features in the sea. Vietnam and Philippines challenged these actions diplomatically without any effect. China has a long term strategy towards its claims in the region. Taiwan, Japan and South Korea have to face Chinese military recklessness. The Liaoning aircraft carrier strike group sailing close to Taiwan and Japan is a step in force projection. China’s plan to establish an Air Defence Identification Zone in SCS shows Chinese assertiveness and this was more evident and visible in its defence White paper of 2019 which says China is to be a super power by 2050. India has not gone unscathed. Pagang Tso, Galwan Valley, eastern Ladakh, Sikkim, Kaurik, Shipki La, Namkha Chu, Sumdrong Chu, Longlu and Yangtse in Arunachal Pradesh are a case in point. India records around 300 Incursions by PLA troops every year. 2017 saw the number shooting up to 426, the year Doklam was in the news. 23 intrusion points still remain disputed despite talks. Dragon Dreams China wants a multi polar world, but unipolar Asia. China needs a sustainable marine economy, hence spending a huge fortune on naval build up. China and Japan are clamouring for rebalancing of power as both countries are the ‘dynamics’ of Asia. India is posing as a rival in Asia and China feels the ballooning footprint of India in the region. China also knows India is not a small pushover and can create ripples in the Indian Ocean Region. China has military and strategic plans as it has a large shadow in every part of the world. The Money Mantra plays a big card as China prospered the most from globalization. Its success was built on the ‘just in time’ supply chain model that funnels cheap exports and components to the thousands of businesses globally. The withdrawal of multinationals from China and India’s clinical implementation of policy perception will be a key factor in meandering Sino-Indian relations. The strength of China was human capital which India already has in abundance. While it’s not a power house for manufacturing prowess, a huge internal consumer appetite makes India a dream destination for multinationals.

China is going to use Indian neighbours. The use of Nepal is a signal that it would engage in neighbours and embarrass India in its larger surrogate conflict. China is aware that a strategic aim in gaining physical territory against India is difficult to achieve and therefore aims to extract tactical gains like what we saw in eastern Ladakh recently. However, the pull-back by the Chinese Army and the softness in tone and tenor of Chinese diplomatic statements shows prudence on part of the CPC to douse the bad global press and the economic furtherance in Indian Markets. Indian vigil and vision has to be East echeloned and not get paranoid about our neighbour on the west. ( Brigadier Vinod Dutta is former, Secretary,DCMG (Disaster Management). He has almost three decades of experience in disaster management. He is presently a senior advisor & Member of Centre Research and Consultancy Committee at Centre for Disaster Management Studies, Guru Gobind Singh Indraprastha University, New Delhi. He is also Senior Consultant at the National Institute of Disaster Management, New Delhi). -The opinions expressed are of the author's alone