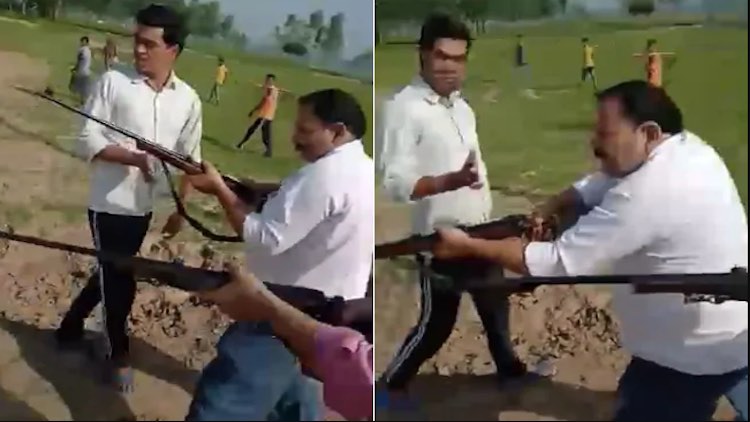 Amid the nationwide lockdown, cases of shootout are being reported in Uttar Pradesh. The situation is such that Samajwadi Party leader Chhotelal Diwakar and his son Sunil were shot dead in broad daylight in western UP’s Sambhal.
Also Read:
Lancet Says Trump Statement In Letter To WHO ‘Factually Incorrect’

According to Sambhal Superintendent of Police Yamuna Prasad, a road was being constructed under MNREGA in Bahjoi’s Shamshoi village. Amid this, a clash took place between Chhotelal Diwakar and accused Savinder. The matter escalated so much that Savinder shot dead Diwakar and his son. According to Yamuna Prasad, the two had a history of animosity. After this daylight killing, calling the Yogi government a murderous one, the Samajwadi Party posted a video of the murder on Twitter and said, “Killer government! BJP’s goons, protected by the authorities, are attacking those who raise the common people’s voices! The murder of Sambhal’s Dalit leader and former SP assembly candidate from Chandausi Shri Chhotelal Diwakar, along with his son, is tragic! Condolences to their family members! Justice should be done by arresting the killers!” UP Congress is also severely upset with the Yogi government. UP Congress tweeted, “When the CM himself is getting fake Photoshop pictures made in UP, at such a time, look at the law and order situation in the state. Murders are taking place on live camera in UP. Yogiji has turned the state into a ‘jungle raj’.” Chhotelal Diwakar was the face of the Samajwadi Party in Sambhal district. Tension prevails in the area ever since his death.