Story Behind The 'Free Kashmir' Poster That Sparked Outrage 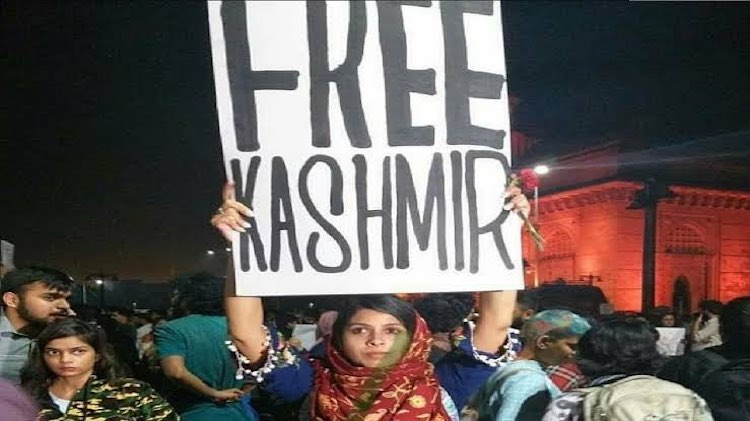 Protests are underway in India and abroad against the attack on the Jawaharlal Nehru University students and faculty members. Amid this, the sight of a ‘Free Kashmir’ poster in the hands of a woman protester opposite Mumbai’s Gateway of India has led to a political furore. The woman protester at the centre of the storm is named Mehak and she is a storyteller. Issuing a statement, Mehak said that various kinds of misinformation are being spread about her because she carried the placard and she is worried about her safety. Also Read: Amid Outrage, JNU V-C Terms Mob Attack 'Unfortunate', Urges For New Beginning

She said that by carrying the ‘Free Kashmir’ placard, she meant freedom from the restrictions currently imposed in Kashmir. Mehak said that the kind of outcry that was created on seeing the ‘Free Kashmir’ placard in her hands is terrifying. Mehak had gone to the Gateway of India on the evening of January 6 to take part in an ongoing protest against the incident in JNU. But soon attacks on her were launched for holding the ‘Free Kashmir’ placard. Former Maharashtra Chief Minister (CM) Devendra Fadnavis called Mehak a secessionist and a member of an ‘Azadi Gang’ and trained his guns on Maharashtra CM Uddhav Thackeray. Fadnavis said that a free-Kashmir, anti-India campaign is being waged right under Thackeray’s nose. Bharatiya Janata Party leader Kirit Somaiya reached the police station with a complaint against this incident. Meanwhile, Shiv Sena leader and minister in the Maharashtra government Aditya Thackeray said that instead of focusing on this one incident, people should focus on the entire protest. Aditya Thackeray also said that by ‘Free Kashmir’, Mehak implied freedom from internet restrictions in Kashmir. Since August 5, 2019, several restrictions, including on the internet, have been imposed in Kashmir. Due to this clampdown, which has been going on for the past five months now, losses running into several crores have been incurred and hundreds of people have been left unemployed.

Political uproar after a female protester carried the placard of '#FreeKashmir' outside the #GatewayofIndia in #Mumbai. Who is this woman and what was she trying to convey, watch this report@ShahnawazMalik_#CAA_NRC_Protest #CAAProtest

By GoNews Desk 12 minutes ago