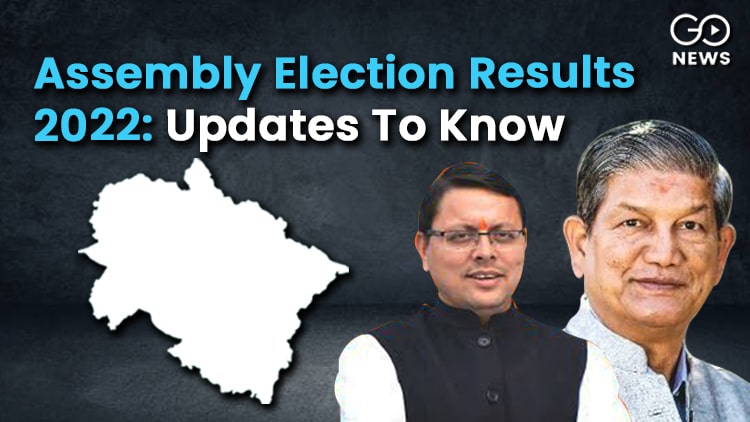 The incumbent Bhartiya Janta Party (BJP) has taken a sizeable lead in the state of Uttarakahnd. Trends show that it has almost crossed the halfway mark with 46 seats till 1 pm.   Former chief minister and Congress leader Harish Rawat lost to Mohan Singh Bisht of the BJP by a large margin of over 12,000 seats. Rawat, who was also leading the Congress campaign in the state, had struggled to find a safe seat. He was first named from Ramnagar but later given Lal Kuan.
Also Read:
Assembly Election Results: News Flash, Updates, Trends

If the BJP wins a majority, it will be the first time that the state has re-elected a party.   Uttarakhand went to polls on February 14th, many in the ruling BJP party were not confident of the party doing well enough to retain power. The reasons behind this were first the state has in the last four elections never returned a party to a power and secondly with internal strife and charges of corruption afflicting the saffron party, which were supposed to appoint three chief ministers within four months did not appear to do that therefore Pushkar Singh Dhami, who took over as the chief minister in July 2021.   In the 2017 assembly elections, BJP had swept the polls winning 57 seats, while Congress had bagged 11 and two independent seats. In terms of the percentage of votes garnered, BJP had 46.5%, Congress 33.5%, Independents 10%, Bahujan Samaj Party (BSP) 7% and others 3%.  The return of another former minister, Harak Singh Rawat, to the party in January further strengthen its prospects.  In the BJP, chaos prevailed soon after the elections. At least three BJP candidates accused their party leaders of back-stabbing their chances to win the elections.  BJP MLA from Haridwar’s Laksar Sanjay Gupta accused Uttarakhand BJP president Madan Kaushik of contriving to defeat him.  The Aam Aadmi Party (AAP) had also thrown in its hat this time and Delhi chief minister Arvind made several visits to the hill state in an effort to emerge as the third alternative. That attempt does not appear to have been very successful; AAP’s vote percentage is still in the single digits. Voting for the 70-member Uttarakhand assembly took place in a single phase.   While BJP has taken a clear lead in Uttarakhand, here's how some of the most prominent faces are performing:  Current CM Pushkar Singh Dhami (BJP) contesting from Khatima – Trailing by 2287 votes, Congress' Bhuwan Chandra Kapri leading.  Harish Singh Rawat (Congress) contesting from Lalkuwa– Trailing by 13893 votes, BJP's Mohan Singh Bisht leading.  Pritam Singh (Congress) contesting from Chakrata – Leading with 16,157 votes against BJP’s Ram Sharan Nautiyal  Anupama Rawat (Congress) contesting from Haridwar Rural – Leading with 47,181 votes against BJP's Yatishwaranand.  Col (Retd) Ajay Singh Kothiyal (AAP) contesting from Gangotri – Trailing, Suresh Singh Chauhan of the BJP leading by 5935 votes.    UPDATE: The incumbent Chief Minister Pushkar Singh Dhami and main Congress opposition face, Harish Rawat, former CM and incharge of Punjab parties, Punjab campaign have both lost from their respective seats of Khatima and Lal Kuan. Harish Rawat has lost to Mohan Singh Bhisht of BJP and Dhami has lost to Bhuvan Bhuwan Chandra Kapri of INC.