Varanasi Ferrymen Struggle To Row Past The Lockdown 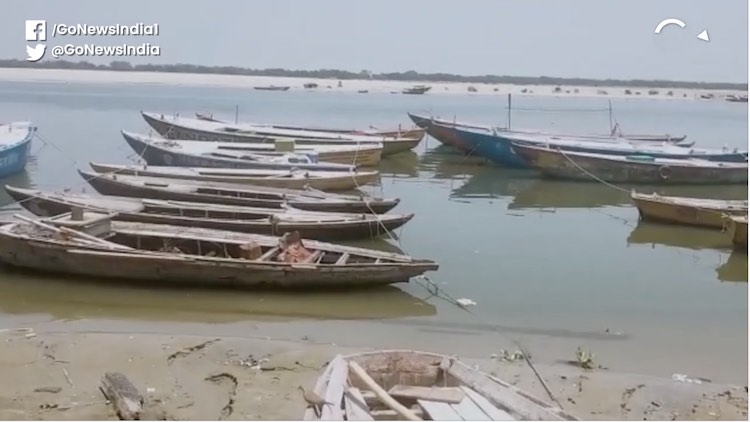 All sections of society are facing problems since work has stopped during the nationwide lockdown but the weaker sections have been hit the most. For them, it is very difficult to sit idle during the lockdown.  The ferrymen of Varanasi, the Parliamentary constituency of Prime Minister Narendra Modi, are facing a similar situation and are upset with their Member of Parliament.
Also Read:
Tropical Cyclone Amphan to Strike W.Bengal, Odisha With Major Storm Surge

According to the ferrymen, around 3,500 boats used to ply on the more than 80 ghats of Varanasi. A ghat is a set of stairs leading to a river. Every ferryman used to earn up to Rs 300-400 daily but income has stopped completely during the lockdown. The ferrymen nurse the pain in their hearts that no provisions have been made for them in the Central government’s relief package of several lakh crores.  They said that making no cash transfers is still alright but the government did not make any loan arrangements for them either. The problem is that the two months of the lockdown will somehow get over but the struggles of the boatmen will not come to an end. The monsoon arrives in June-end and after the water level in the Ganga rises, boats do not ply in the river. Meanwhile, when the boatmen tried to satiate the hunger of their families by fishing in the river, the police began asking them for bribes. A large population of ferrymen resides between Allahabad and Varanasi but it has now become difficult for them to arrange even one meal per day for their families. Savings at home have gotten over. The few small pieces of jewellery they had have been sold off and they have even had to take loans.  A large population of them in Varanasi used to depend on tourists for sustenance. But the coronavirus pandemic has decimated the tourism sector.  Nobody knows when tourists will return to Varanasi and when the lives of ferrymen will get back on track.  Watch the video story here: