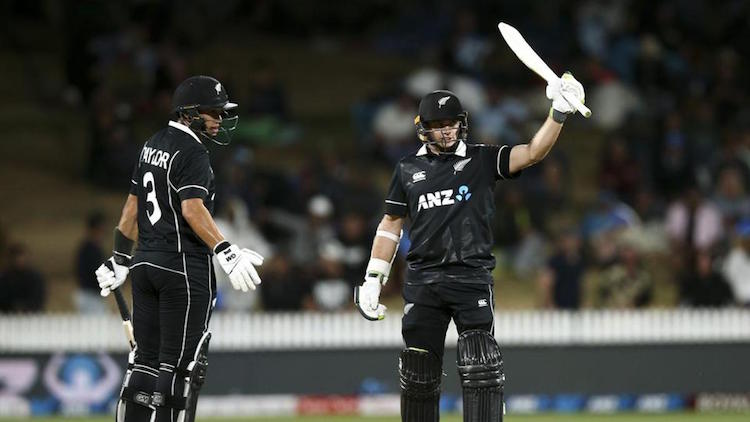 New Zealand won by four wickets in the series opener against India of the three-match ODI series which was played at Hamilton’s Seddon Park on Wednesday. Ross Taylor who anchored the Kiwi chase with an unbeaten 109, was selected Player of the Match.

1st ODI. It's all over! New Zealand won by 4 wickets https://t.co/ewSrnDR7hO #NZvInd

Indian Skipper Virat Kohli added another feather to his cap by surpassing Saurav Ganguly in the list of India skippers with most ODI runs. Also Read: Maharashtra Village Takes Stand Against NRC, NPR

Earlier, New Zealand captain Tom Latham had won the toss and elected to bowl first.  India made 347 runs in the determined 50 overs at the loss of four wickets. Shreyas Iyer (103 off 107 balls) scored his maiden ODI century for India, while KL Rahul made 88 runs (not out) and Virat Kohli scored 51 runs. Tim Southee picked up most wickets (2) for New Zealand. The Kiwis, however,  did not have a good start while chasing the score of 348 runs, with Martin Guptill’s wicket falling at 85 runs. After this, Tom Blundell returned to the pavilion in the 20th over at the score of 109 runs. The second match of this ODI series will be played at Auckland’s Eden Park on February 8.
TAGS Hamilton ODI series ODI Cricket India vs New Zealand India tour of New Zealand 2020 New Zealand Cricket New Zealand Indian Cricket Team