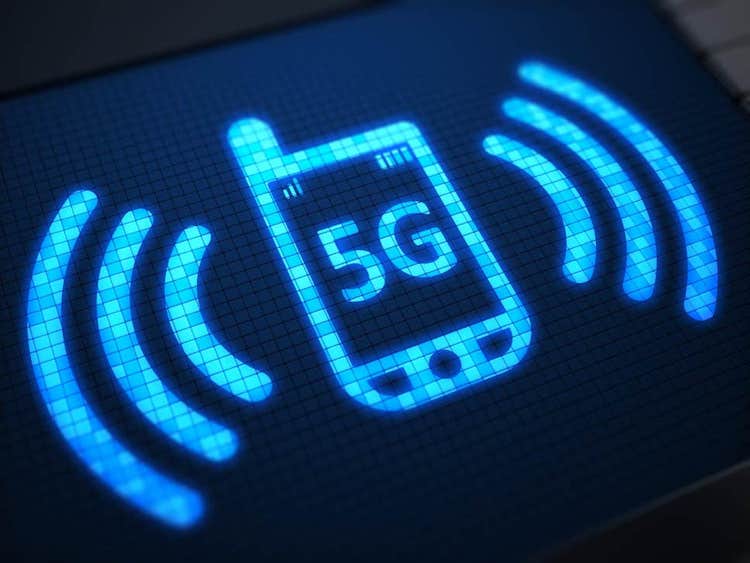 The Indian market is buzzing with the arrival of 5G. This will give a big boost to India’s digital economy that has the potential to reach $1 trillion by 2025, according to a report by Deloitte. A panel set up by the Department of Telecommunications in September 2017 responsible for preparing a roadmap for the rollout of 5G noted in its report that 5G services would have a cumulative economic impact of more than $1 trillion by 2035. But, all is not fair and shining as 5G has been under the scanner of environmental activists and scientists from across the world. What’s Makes 5G Special?
Also Read:
Archer takes six as Australia all out for 179 in 3rd Ashes Test

5G’s USP over its predecessor 4G is it’s ultra-low latency leading to the formation of a tactile internet i.e. a platform where machines & humans and machines & machines can interact in real time with minimum delays. Lower latency and lesser outage scenarios for 5G would allow automated driving and telemedicine to flourish.  The response time in 4G is around 50 milliseconds. With 5G, latency is expected to come down to 1 millisecond. Arrival of 5G will eliminate the interruptions in online gaming, video conferencing, online shopping, online health support and deployment of technologies such as Internet of Things(IoT), Artificial Intelligence(AI), Augmented Reality(AR) & Virtual Reality(VR) in industries like Automotive, Media & Entertainment, Healthcare, Retail, Manufacturing and Agriculture. 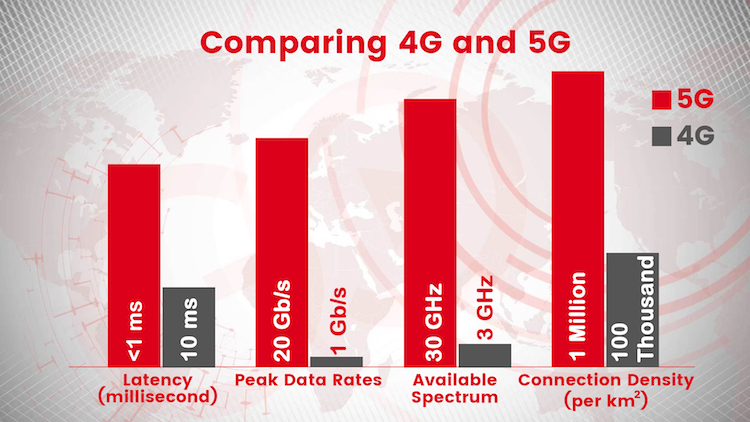 Sector-wise Impact Healthcare: 5G can ‘heal’ the broken health infrastructure in India. For instance, an experienced surgeon in a major urban hospital can advise an in-theatre doctor in a small town to perform a surgery over a real-time 5G connection. High-precision surgeries performed by experienced surgeons with robotic assistance will eliminate the need to travel to far-away medical facilities in different cities/countries. Online consultations with a doctor and maintaining patient’s digital medical records and securing them with a blockchain technology will make healthcare more accessible. Education:The education system in India needs an overhaul and 5G could act as a catalyst. On an average, there are less than three teachers per primary school in India. The teacher-pupil deficit could be countered with pre-recorded video lessons from experts on the subject. For eg - With the help of holographic beam, a Harvard professor’s lecture could be streamed to the students in no time. Interactive Augmented Reality(AR) & Virtual Reality(VR) classes for students will be possible if ultra-low latency is achieved.  Agriculture: The Indian agriculture sector fulfils only 50 to 60% of the potential yield for most of the crops, according to a report by Deloitte. Interestingly, every ninth agri-tech startup in the world is originating from India. Agricultural IoT (internet of things) devices will allow farmers to monitor, track and automate systems to better understand their land, crops and get better yields. The amount of water required by the crops and the amount of pesticides to be used, all this data will allow farmers to get maximum yield/output from their land. B2B: Keeping aside the meagre consumer use, the real revenue for 5G will come from the Business to Business (B2B) ecosystem. 5G will revolutionise the way we interact in a business environment. Currently, geographically separate teams work via audio/video teleconferences. Virtual presence at any business location along with haptic interactions will be the norm for business meetings in the next decade.  Smart-Cities: 5G will empower the next generation of Internet of Things(IoT) devices to give real time data on air quality in your neighbourhood, intelligent traffic management, autonomous drones for goods delivery and crime monitoring, emergency announcements, increasing energy efficiency, efficient transportation, solid waste management and automated homes. Hurdles Ahead The daunting challenge in India is the hefty investment needed for the network, which the Telecom Regulatory Authority of India(TRAI) estimates at approx. $60-$70 billion.  Telecom companies are already in heavy debt piled up over the years and industry-disruptive entry by Reliance Jio has destabilised the already established market players. Bharti Airtel and Vodafone Idea top the list of Asian peers with highest borrowings, according to data compiled by Bloomberg. Such huge investments would further burden the debt-ridden telecom sector but the reward will be unprecedented revenues. That’s the reason why none of the companies wants to miss the 5G train. Health & Environment Concerns While the 5G technology offers to connect the world in an unprecedented way, there are a lot of voices objecting to the deployment of 5G fearing it’s negative health effects on humans and birds, most of whom are scientists and doctors.  In 2011, the World Health Organisation(WHO) along with the International Agency for Research on Cancer (IARC) classified all radio frequency radiation (of which mobile signals are a part) as “possibly carcinogenic”. Scientists link 5G to at least 20 ailments, including heart diseases, type-2 diabetes and mental disturbances and many similar studies have surfaced since then. 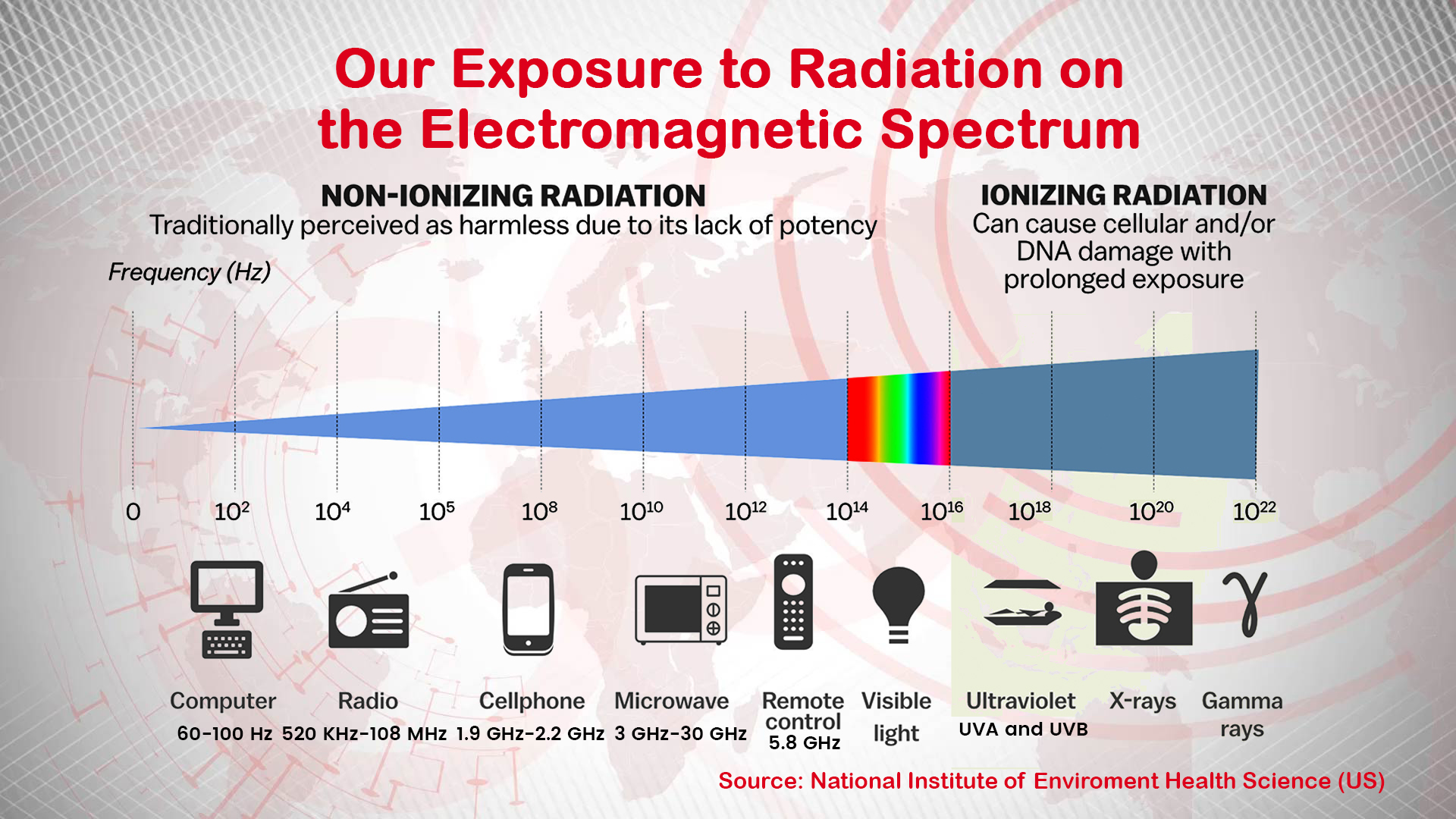 However, not everyone is one the same page regarding the harmful effects of 5G. Many experts say the radio wave band — used for mobile phone networks — is non-ionising, which means it lacks sufficient energy to break apart DNA and cause cellular damage. In 2018, a video went viral claiming 297 birds died in The Hague, Netherlands, during an attempt to test 5G connectivity. Turns out, it was a hoax. None of the sides have robust evidence to prove their claims. But it surely does point out to the fact that there is a lot of ambiguity and grey area around the 5G technology and it’s long term effects on our health and environment which must be properly researched and studied before the technology takes root.