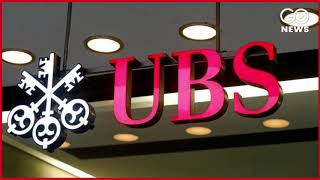 Finance Minister Nirmala Sitharaman has presented the Economic Survey for 2019-20. This survey, prepared by Chief Economic Adviser (CEA) Krishnamurthy Subramanian, claims that by combining Make in India with Assemble in India, on the lines of China, 4 crore people by 2025 and 8 crore people by 2030 can be provided well-paying jobs. The survey stresses on increasing jobs in the electronics sector, like China, and speaks of a review of the expenditure on food subsidy. Also Read: Sun's Surface Captured In Greatest Detail Ever

Subramaniam said that if India fulfils the demand for skilled artisans to assemble network products like mobile phones, then India could attract large global companies to set up their assembly units here. Presenting the particulars of the Economic Survey, Subramaniam also said that new entrepreneurs can be created in the country if government interference in starting and running new enterprises is reduced. This will create both wealth and jobs. The CEA claimed that instead of making policies which benefit a few entrepreneurs, policies that are supportive of business should be formulated. PM Modi has set a target of making the Indian economy worth $5 trillion by 2025. If policies are conducive, this target is achievable. The Economic Survey has commented against farmers’ loan waivers and said that the Central and state governments may have waived farmers’ loans but this is causing harm to small farmers. The Survey also speaks of a review of the expenditure on food subsidy, so that the government’s burden is reduced. It also says that the government should spend Rs 102 lakh crore by 2020-2025 to improve the basic structure of the country. It also speaks of increasing agricultural exports. According to the Survey, the growth rate for India in the financial year 2019-20 was 5% and it is estimated to be 6-6.5% in the year 2020-21.

#EconomicSurvey2020: Focus on eight crore jobs by 2030 and review on cutting the #expenditure on #foodsubsidy. The survey estimates the growth rate to be 6 to 6.5 percent in FY 2021@RaGa_reports