While the COVID-19 pandemic has the eyes of the world stricken by the health disaster and lockdowns the world over, for business and economy the worst is yet to come. With entire countries and cities across the world shut down, a global travel ban unlike any other the world has ever seen and central banks pumping emergency liquidity into economies, business leaders are now assessing the damage.
Also Read:
Select States Ease Lockdown Restrictions From Today

In relation to the slump in business confidence, the outlook for India looks equally bleak. On Monday, rating agency Fitch Solutions cut India's economic growth forecast for the financial year 2020-21 to 1.8 per cent. "We now expect private consumption to contract, versus a weak expansion previously, due to large scale loss of income across the economy in the face of a worsening domestic outbreak of Covid-19," the agency said.

A majority of industry leaders surveyed by research firm Business Insider Intelligence are of the view that the world is heading for a major recession and business houses are set to suffer both in the near and long term. Of the executives who responded to the survey, 31% were C-level executives, presidents, or company founders, while the rest were of the rank of Vice-Presidents, Managing Directors, Directors and Managers. Respondents from IT and software firms were most common (13.8%), followed by consultancies (13.6%) and financial services companies (10.0%). 62% of executives were based in the US, which is staring at the worst depression since the 1930s, even though President Trump is moving to open up the economy amid 25 million job losses in the past five weeks. Here are some of the key findings of the survey: 1. On the likelihood that the COVID-19 outbreak is likely to trigger a major recession. 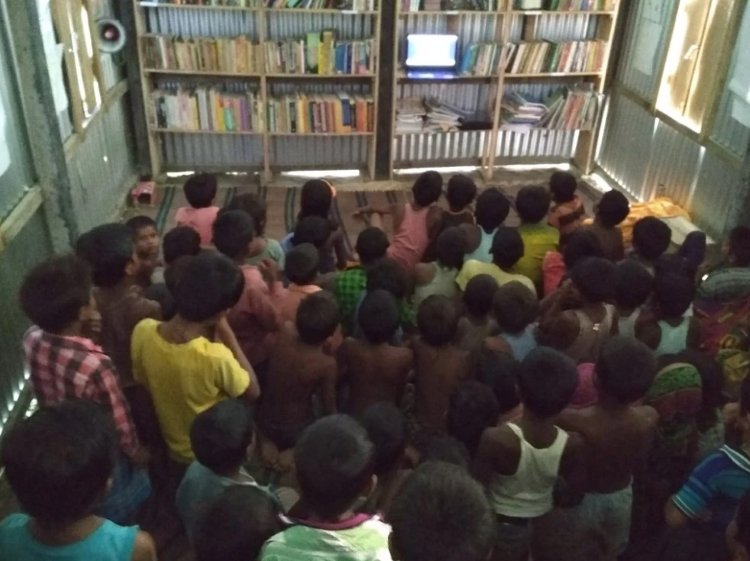 2. Respondents were most concerned about the economic fallout of coronavirus-driven travel restrictions, which has broad implications on both the demand and supply side. (Cargo capacity, measured in available cargo tonne kilometres (ACTKs), dropped by 4.4 percent year-on-year in February 2020, according to IATA). 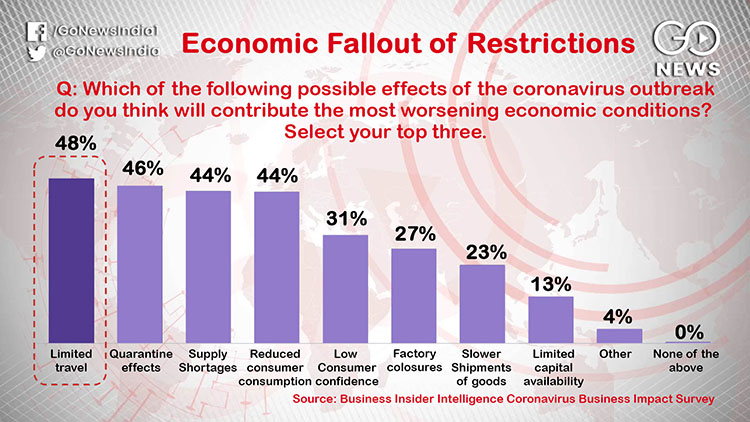 3. They were also worried about the demand shocks that will develop due to quarantines and social distancing, driving down consumption as a result . 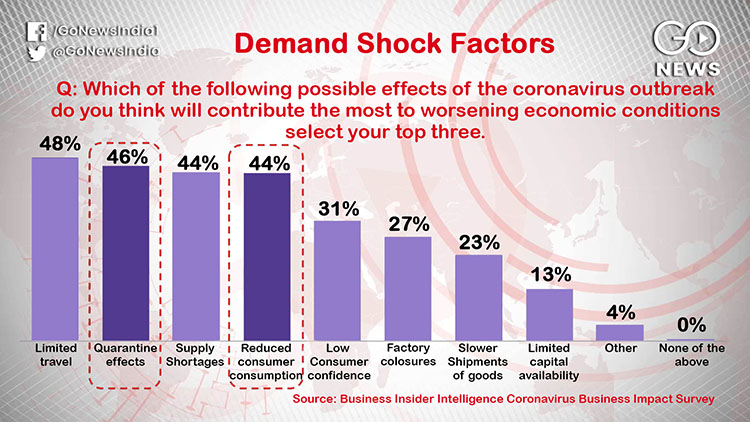 4. More broadly, nearly two-thirds of all respondents have already observed a negative impact to their own business as a result of the coronavirus. 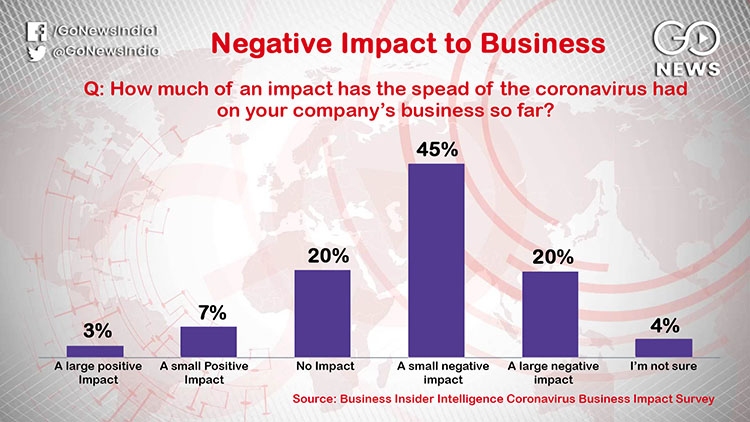 5. Half of executives expect their company to experience a large negative impact from the virus in the next three months. 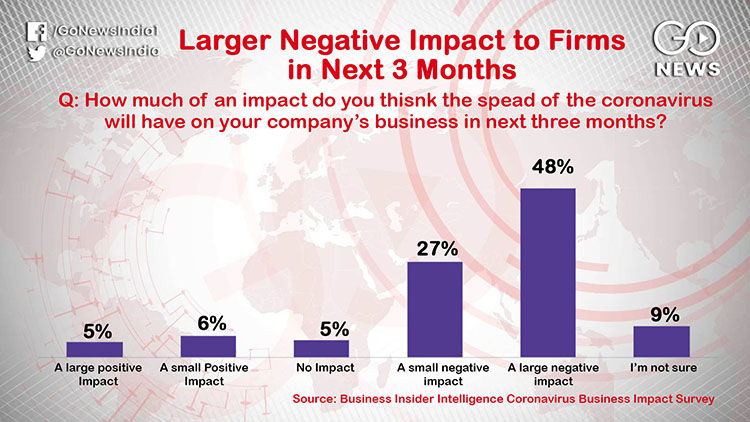 The respondents surveyed belonged to the following industries and sectors:

The World Trade Organization has indicated that global trade is expected to fall by between 13% and 32% in 2020. "The unavoidable declines in trade and output will have painful consequences for households and businesses, on top of the human suffering caused by the disease itself", the WTO said.