In the latest report, the State Bank of India, the country's largest bank, has estimated that the economy of the country could suffer a loss of Rs 38 lakh crore in the current financial year, which is 16.9 percent of India’s GDP. Due to this loss, the per capita income of every citizen of the country is estimated to be cut by about Rs 27,000. The biggest loss of this loss of millions of crores is going to hit Rs 5,39,344 crores of Maharashtra, which attracts maximum investment and big industries and factories run in the State. Due to Coronavirus pandemic, this state is suffering the most economic loss.

The South Indian state of Tamil Nadu is likely to suffer a loss of Rs 3,51,140. There are also large industries and factories in this state. On the other hand, Uttar Pradesh, which is among the most populous and poor states, suffered a loss of Rs 3,11,850 crores, while Gujarat-model suffered a loss of Rs 3,07,041 crores and Delhi a loss of Rs 1,66,977 crores. The national average of per capita income in the country is 1.21 lakh but due to Coronavirus and lockdown, it is expected to decrease by 20%. In the SBI report of SBI, the biggest blow to the annual income was dealt to Goans, whose entire economy runs on tourism and has come to a standstill due to lockdown. Goa has the highest per capita income in the country but now it is expected to fall by Rs 1,05,906. After this, Delhi comes second where the income of the people is Rs 87,223, Chandigarh at Rs 77,545, Telangana at Rs 67,883, agricultural state Haryana at Rs 52,696. There is a possibility of a decrease in the per capita income of Tamil Nadu by Rs 45,897. 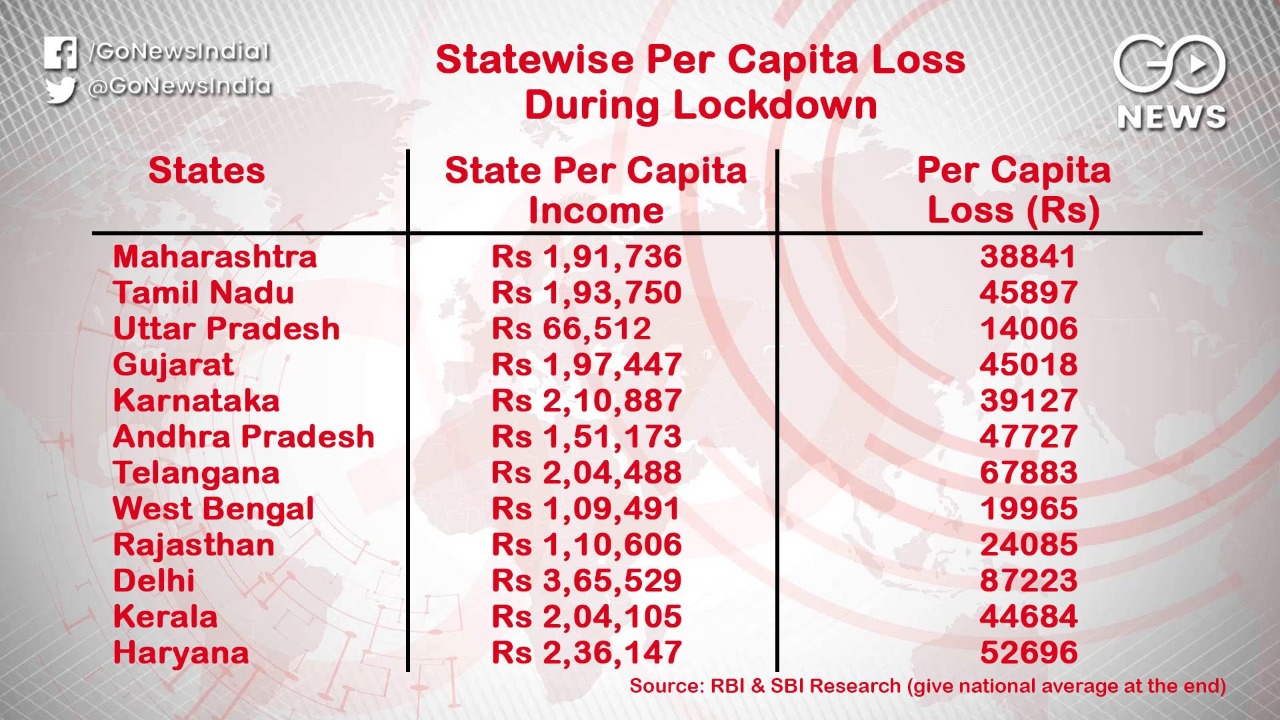 Recently, a recent survey by the National Council of Applied Economic Research shows that the Business Confidence Index between the first quarter of the fiscal year 2020-21 i.e., April to June has hit an all-time low since 1991. To put it clearly, even when the country was on the verge of bankruptcy, business sentiment was more than today.