Gandhi As A Teacher And Student: Notes From AMU 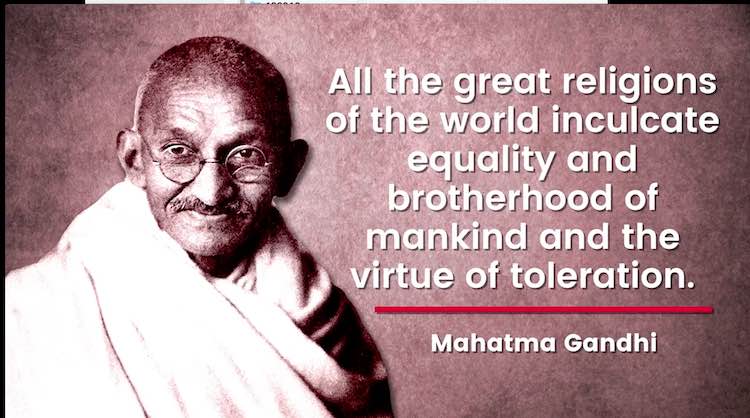 "Nonviolence is not a garment to be put on and off at will. Its seat is in the heart, and it must be an inseparable part of our being." ~ Mahatma Gandhi Gandhi was an astonishing hero, with countless qualities, many things that an ordinary person could not have had. He set several examples for countries to look up to and learn from. He fought for something that he believed in and he never gave up, fought through all the obstacles that came his way with love and peace. Leadership, simplicity and bravery were the three most outstanding qualities of Gandhi. Also Read: As Glaciers Disappear, Can We Be Far Behind?

Today is 2nd October, the 150th  birth anniversary of Mahatma Gandhi, who is fondly remembered as Bapu. We celebrate this day with great enthusiasm to pay tribute to the Father of the Nation as well as remember his courageous deeds on the way of independence struggle for the country from British rule. Gandhiji was the pioneer of truth and non-violence who started the Satyagraha movement for India’s freedom. See the impact; this day was also declared as International Day of Non-Violence by the United Nations General Assembly on 15th of June in 2007 because only a few people in the history of civilizations have made an everlasting impact as huge as Mahatma Gandhi. The essence of Gandhiji’s thoughts is more relevant today than ever. His appearance was of a week and fragile person, but his actions were of a very strong, committed, persuasive and a devoted world leader, who struggled against the evils and sickness of society and worked for communal harmony all his life. In fact, today there is hardly any country in the world where some activities are not going on along Gandhian lines. In short, there is a global non-violent awakening and awareness after Gandhi. The name of Mahatma Gandhi transcends the bounds of race, religion and nation-states, and has emerged as the prophetic voice of the twenty-first century. Today, Gandhi is remembered for his passionate adherence to the practice of non-violence and his supreme humanism, in every corner of the world. Daughters of Nelson Mandela have been quoted saying that when they used to visit their father in the Robben Island Prison; he would always discuss with them the great works of Mahatma Gandhi.  The inspiration that Mandela drew from the political struggles of Gandhiji has been widely acclaimed. Mandela often referred to Mahatma Gandhi as his ‘role model’. There is a long, diverse and awe-inspiring list of world leaders who were inspired by Mahatma Gandhi. Let us have a look at a few of them. 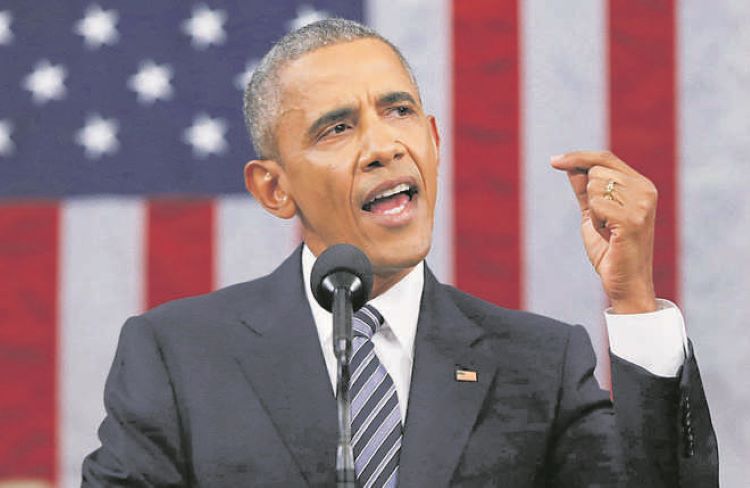 In 2009, when Barack Obama was visiting Wakefield High School in the US, a ninth grader asked him: “If you could have dinner with anyone, dead or alive, who would it be?” Obama chuckled and answered: “Well, dead or alive, that’s a pretty big list. You know, I think that it might be Gandhi, who is a real hero of mine.” His Holiness the Dalai Lama has always said he is a follower of Mahatma Gandhi. He has been quoted saying. “I have the greatest admiration for Mahatma Gandhi. He was a great human being with a deep understanding of human nature. His life has inspired me.”

British musician, John Lennon referred to Gandhi as an influence on his music. John and his wife Yoko Ono protested for non-violent interactions in the world, and for the end of the Vietnam War.

“Christ gave us the goals and Mahatma Gandhi the tactics,” said Martin Luther King Jr., the beloved civil rights leader in the United States of America, who adopted non-violence as the weapon of choice to help millions of African Americans fight for their rights. Albert Einstein and Gandhi were big admirers of each other and exchanged letters frequently. Einstein called Gandhiji ‘a role model for the generations to come’ in a letter, writing about him. “I believe that Gandhi’s views were the most enlightened of all the political men in our time,” he said. Former US Vice-President and environmentalist Al Gore acknowledges Gandhi’s influence on him: “Mahatma Gandhi’s philosophy of Satyagraha can be translated to mean truth force. It is this truth force which can help us to fight this battle honestly and with people’s participation.” When Steve Jobs started his second innings at Apple in the year 1997, he stood before a giant portrait of Mahatma Gandhi and said: “Here’s to the crazy ones. The misfits. The rebels. The troublemakers…because the people who are crazy enough to think they can change the world, are the ones who do.” It is believed that Mahatma Gandhi inspired these words. And finally, no one of course could say it better than Nobel-prize-winning Irish playwright and passionate socialist, George Bernard Shaw: “Impressions of Gandhi? You might well ask for someone’s impression of the Himalayas.” It is a never ending list of people, who were inspired by Mahatma Gandhi. Now, let us have a look at what all inspired Gandhiji to become a Mahatma. Gandhiji was inspired by people as well as books. Raychandbhai and Gopal Krishna Gokhale were seen by Gandhi as his teachers. Tolstoy and Gandhi corresponded regularly. Both had similar views on truth and morality and both had the same heroes - Buddha, Socrates and Prophet Mohammed (Peace be Upon Him). Tolstoy's book 'The Kingdom of God is within you' overwhelmed Gandhi. Ruskin's book 'Unto this Last' had cast a magic spell on Gandhi so much so that he paraphrased the book as 'Sarvodaya' and decided to teach from it.

Gandhiji regarded the Holy book, Gita par excellence for the knowledge of Truth and it afforded him invaluable help in his moments of gloom. The Gita became Gandhi's lifelong companion and guide and his commentary on the Gita reflects his life and mission. Gandhiji read the Bible, especially "The New Testament" and "The Sermon on the Mount" which went straight to his heart. The compassion and renunciation of Jesus appealed greatly to Gandhi. But, there is another influence, we in the Aligarh Muslim University are very proud of. Gandhiji considered Sir Syed Ahmad Khan as a ‘Prophet of education’ and with it he acknowledged Sir Syed as one of the architects of modern India, who clearly foresaw the imperative need to acquire proficiency in the English language and modern sciences if Indians were to maintain social and political identity. By acknowledging Gandhiji as the ‘Prophet of education’, Gandhiji recognised Sir Syed as one of those early pioneers who understood the critical role of education for the empowerment of the poor. Gandhiji was the first person to be given the life membership of the AMU Students’ Union in 1920. It is of paramount importance to understand and follow the teachings of Mahatma Gandhi that built an inspiring character from the life he lived. As the Dalai Lama said, “We have big war going on today between world peace and world war, between the force of mind and force of materialism, between democracy and totalitarianism.” To fight these big wars the common ordinary people in this modern age need Gandhism. -Omar S Peerzada Aligarh Muslim University
TAGS Bhagvad Gita AMU Sir Syed Leo Tolstoy Steve Jobs Einstein Obama John Lennon Martin Luther King Dalai Lama Bapu Gandhiji