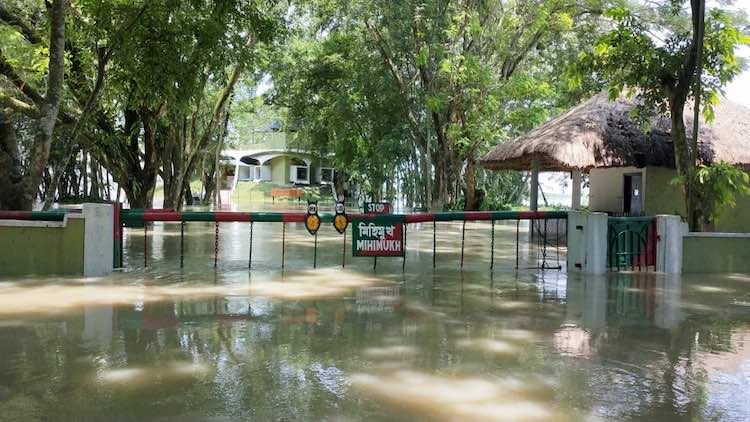 According to the Assam State Disaster Management Authority, as of July 14, 59 people were killed and more than 45 lakh people were affected across 30 districts due to floods in the State. Moreover, landslides have claimed 26 lives in the state. Barpeta, Dhemaji and Golaghat are the most affected districts in Assam where relief and rescue operations are on.

59 people dead and 45,40,890 affected across 30 districts due to floods in the state as of 14th July: Assam State Disaster Management Authority (ASDMA) pic.twitter.com/O76nvafPEn

After Assam, flood risk is hovering over Bihar where there has been devastation in multiple districts. Apart from Bagmati river, Lakhandei river and Gandak river, many small rivers are also in spate and are flowing above the danger mark. In the early days of monsoon, dams and embankments have been destroyed in many places. According to preliminary figures, more than five dozen villages in Champaran, Tirhut and Mithilanchal have been affected while over two dozen villages of Darbhanga have been flooded. About 50,000 villagers have been affected by the floods. Mumbai, India’s financial capital, has also been flooded due to heavy rains. All agencies including BMC have appealed to the people to stay away from the seashore and not to go into the waterlogged areas.

Maharashtra: Waterlogging in parts of Mumbai due to incessant rainfall; visuals from King's Circle area. Brihanmumbai Municipal Corporation (BMC) has requested people stay to away from the shore and not venture into waterlogged areas. pic.twitter.com/iMAL8yld5Y

The Indian Meteorological Department has expressed the possibility of heavy rains in Mumbai City, Thane, Raigad and Ratnagiri districts over the next 18 hours.