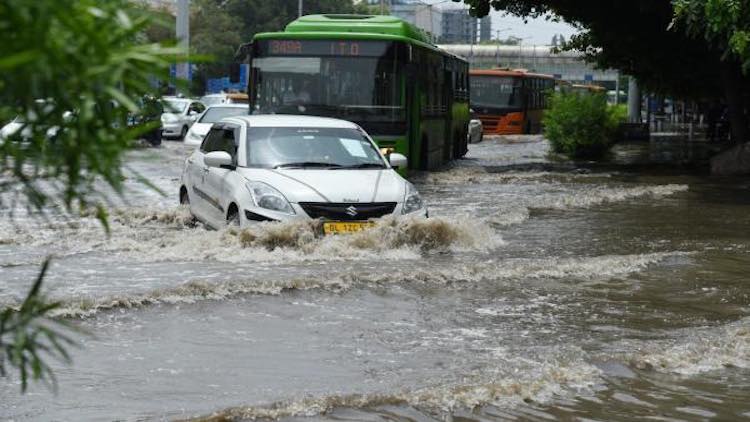 A fresh spell of heavy rainfall lashed parts of the national capital on Tuesday, resulting in low-lying areas to get waterlogged and long traffic snarls at key stretches. Several areas across Delhi saw waterlogging as residents shared pictures and videos of rainwater gushing into their houses on social media.
Also Read:
Stokes replaces Holder As Top-Ranked All-Rounder In Latest ICC Rankings

According to the Delhi Traffic Police, vehicle movement remained affected at Sarai Kale Khan, near World Health Organisation, Ashram, and ITO due to waterlogging.  The India Meteorological Department (IMD) had predicted light rains are likely in Delhi till Wednesday morning. Thereafter, isolated light rainfall is predicted for two to three days due to the convergence of moist easterly winds from the Bay of Bengal and southwesterly winds from the Arabian Sea. This is likely to continue over northwest India for another two-three days, weather experts said.