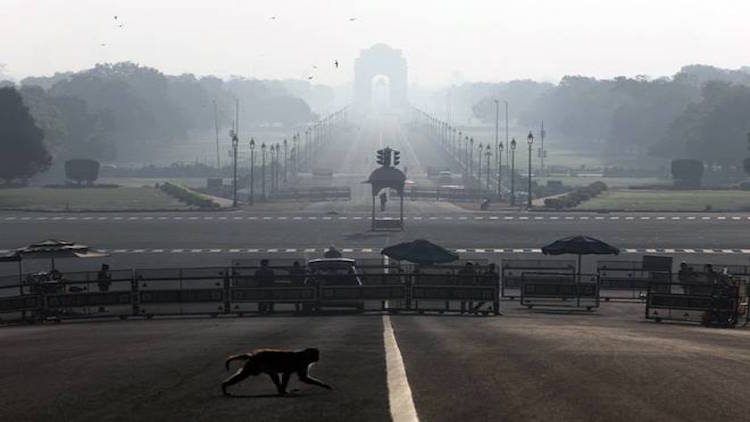 A study conducted by UK’s University of Surrey has found that at least 630 people have been saved from improved air quality due to lockdown in India. The university's Global Centre for Clean Air Research made this claim after a study assessing the pollution emanating from vehicles and other sources in five Indian cities — Chennai, Delhi, Hyderabad, Kolkata and Mumbai.
Also Read:
Rebel Congress MLA Goes Underground, Rajasthan Police Leaves Manesar Empty-Handed

The results of this study showed that the PM2.5 decreased by 10% in Mumbai while in Delhi the PM2.5 was reduced by 54%. During this time, the decline was recorded by 60% in Vienna and 42% in Shanghai. Due to this decline, air quality has improved, which has a direct impact on people's health. This study claimed that due to this decline, at least 630 people were saved from premature deaths and India benefitted from about Rs 5,106 crore. Statistics from the British Journal Lancet and the Union Ministry of Health show that more than 11.75 lakh people died in just one year due to respiratory disease and infections caused by it all over the country. At the same time, more than 2.75 people died in road accidents in a year. But there has been a decrease in such deaths due to lockdown. The study also said that the cost of pollution prevention and health has decreased due to lockdown. According to an estimate, it has saved Rs 5,106 crore. Researcher Prashant Kumar associated with this study said that while the decrease in PM2.5 level may not be surprising, the impact on the earth should be taken note of which occurred due to the reduction of pollution up to this level.