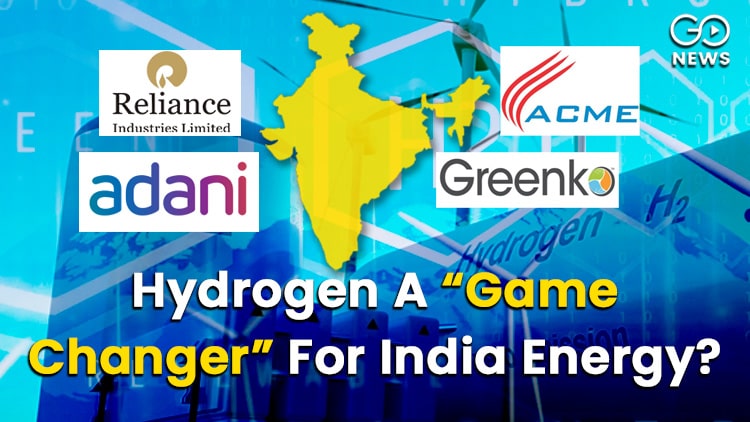 Manufacturers of green hydrogen or ammonia can buy renewable energy from the power exchange or build renewable energy capacity directly or through any other developer, according to a notification issued by the Power Ministry on Thursday. Manufacturers would be exempt from interstate transmission charges for 25 years, and they will be able to bank unutilized renewable energy with a distribution provider for up to 30 days before returning it when needed. The policy aims to increase the country's green hydrogen generation. The fuel has the potential to transform India's energy security, as it imports 85 percent of its oil and 53 percent of its gas. The minister told the committee on 'India's Leadership in Energy Transition' here that the first half of the policy would include components that the government would execute right away, while the second portion is now with the Expenditure Finance Committee. Government would grant corporations the "flexibility to set up renewable energy capacity anywhere by themselves or through a developer," according to power and new and renewable energy minister Raj Kumar Singh. Splitting water into hydrogen and oxygen in electrolyzes fueled by renewable energy sources like wind and solar makes green hydrogen. Fuel cells and internal combustion engines can both consume hydrogen. Chemicals, iron, steel, transportation, heating, and power are among the industries where it is being used. This comes at a time when India's government initiatives on clean energy, environmental preservation, and energy transition have taken centre stage, with Prime Minister Narendra Modi pledging to become carbon neutral by 2070 during the COP26 summit in Glasgow last year. Green hydrogen plans have been proposed by Indian companies such as Reliance Industries Ltd, Adani Group, Greenko, and Acme Solar Holdings Ltd. Petroleum refining consumes about 54 percent (3.6 mmt) of India's annual hydrogen consumption of 6.7 mmt, with the rest going to fertiliser manufacture. However, this is 'grey' hydrogen derived from fossil fuels like natural gas or naphtha. The National Hydrogen Mission was established by the government in 2021 in order to promote the creation and adoption of greener energies, such as green hydrogen. Similar to renewable purchase obligations, the government aims to establish the Green Hydrogen Consumption Obligation (GHCO) in fertiliser manufacturing and petroleum refining (RPO). To reduce dependency on fossil fuels, RPOs force power distribution firms to purchase a set amount of renewable energy. From 6.7 million metric tonnes (mmt) now, India's total hydrogen demand is predicted to reach 11.7 million mmt by 2029-30. 5 Million Tonnes Of Green Hydrogen Production By 2030 Hydrogen or ammonia is primarily produced by steam reforming using natural gas, but it is also produced through electrolysis, which involves splitting water with electricity to make hydrogen and oxygen. Hydrocarbons or natural gas provide the energy needed to carry out both of these processes. When electricity is generated from a non-fossil fuel source such as solar or wind energy, green hydrogen is produced. However, this is currently uneconomical, and the new policy aims to change that. By 2030, the Centre wants to have a green hydrogen production capacity of 5 million tonnes (mt). Because hydrogen only produces water as a byproduct when burned, it is being promoted as a possible fossil fuel substitute that could aid India's move away from harmful fuel sources. Access To Grid On Priority Basis Manufacturers of hydrogen and renewable energy plants would be given preferential access to the grid, as well as the ability to build bunkers near ports to store this green ammonia for export or use by shipping. The policy paper states that the respective port authorities will supply land for this purpose at applicable prices. Input power expenses of renewable energy account for roughly 50-70 percent of the cost of green hydrogen, with open access prices accounting for a significant portion of this. "Waiving central open access charges is a solid first step toward enabling lower-cost distributed green hydrogen production." States, on the other hand, have their own open access tariffs, which range from 0.27 to 3.8 per unit (kWh), depending on whether the energy is solar or wind. To avoid a distorted green hydrogen market, a deliberate effort is needed to eliminate the gap in these charges, according to Hemant Mallya, Senior Program Lead, Council on Energy, Environment, and Water (CEEW).