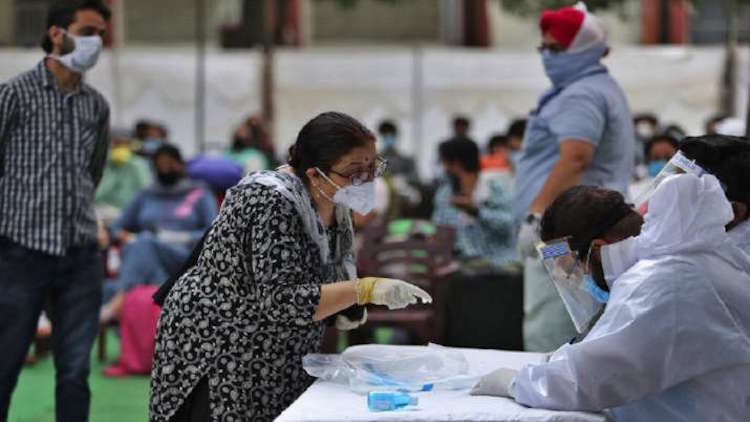 Amidst the rampant increase in Coronavirus cases, the Delhi government has questioned the Indian Council of Medical Research or ICMR’s guidelines for COVID-19 testing. AAP MP Sanjay Singh has demanded to increase the number of Coronavirus tests. He has written a letter to Union Health Minister Dr. Harsh Vardhan asking him to revise the ICMR guidelines.
Also Read:
Fuel On Fire: Petrol, Diesel Prices Continue To Rise For Seventh Day Running

"Need of the hour is to increase the number of testings. ICMR guideline for testing should be changed for that. I have written to Health Minister Dr Harsh Vardhan for the same, anyone who suspects they are infected should be allowed to go to pathology labs and get tested.," he said. "More and more pathology labs across the country should be given license and more and more testing kits should be made available to states. It should be known that who is infected and who is not. Otherwise, we would be sitting on a ball of fire, waiting for an explosion," he added.

More & more pathology labs across the country should be given license and more & more testing kits should be made available to states. It should be known that who is infected & who isn't. Otherwise we would be sitting on a ball of fire, waiting for an explosion: Sanjay Singh, AAP https://t.co/BbVjYe1TPd

Delhi Health Minister Satyendra Jain also demanded the testings be increased. He said, 'If you want the number of COVID-19 tests to increase, then ask the ICMR to change its guidelines.” ICMR guidelines state certain conditions that can’t be flouted.

If you want the number of tests conducted for #COVID19 to increase, then ask ICMR (Indian Council of Medical Research) to change its guidelines. We cannot flout ICMR guidelines that state certain conditions which are prerequisite for tests: Delhi Health Minister Satyendar Jain pic.twitter.com/E3PNFZy6cW

Record 2,137 new cases were reported in the national capital over the last 24 hours, with 71 deaths. On Friday, 5,947 samples were tested in Delhi, 2,137 of which tested positive. That is, the infection rate on Friday around 35% and every third person was found infected in the testing. Earlier on Thursday, the infection rate was also around 35%. India is among the countries in the world where the rate of coronavirus tests is extremely low. According to Johns Hopkins University, only 4,000 samples are being tested per million population.