China Hits Out At US For Provoking 'Mass Hysteria' About Coronavirus 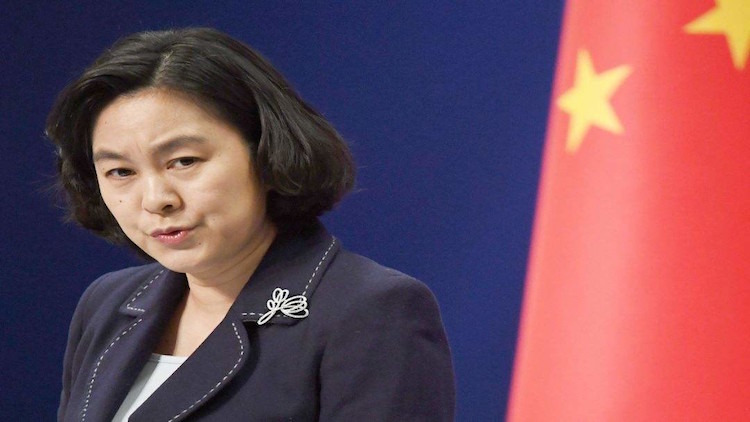 China lashed out at the US government after accusing it of provoking mass hysteria with its “overreaction” to the coronavirus outbreak, taking aim at Washington’s decision to ban travellers from China. Foreign Ministry Spokesperson Hua Chunying said: "Most countries appreciate and support China’s efforts to fight against the novel coronavirus, and we understand and respect them when they adopt or enhance quarantine measures at border entry. But in the meantime, some countries, the US in particular, have inappropriately overreacted, which certainly runs counter to WHO advice.
Also Read:
Coronavirus: Death Toll Crosses 360 In China, 3rd Case Confirmed In India

“The US government hasn’t provided any substantial assistance to us, but it was the first to evacuate personnel from its consulate in Wuhan, the first to suggest partial withdrawal of its Embassy staff and the first to impose a travel ban on Chinese travellers. All it has done could only create and spread fear, which is a bad example.”

The US helping China in fighting #nCoV? Seriously? The US was the first to evacuate consulate from Wuhan, withdraw some embassy staff, and impose travel ban on all visitors from China. Overreaction only helps spreading panic.

“Even American media and experts doubted the government’s decision, saying that the US government’s restrictions on China are precisely what the WHO rejects, that the US is turning from overconfidence to fear and overreaction, and that banning the entry of foreigners who travelled to China in the past 14 days is suspected to be violating civil rights instead of reducing risks of virus spreading,” she continued. “In fact, according to a recent CDC report, the US flu from 2019 to 2020 has caused 19 million infection cases and at least 10,000 deaths. By contrast, by February 2, 17,205 cases of nCoV pneumonia were confirmed, 361 died and 475 cured and discharged, while there are only 11 confirmed cases in the US,” she said. “The contrast is thought-provoking. I also noted that the Canadian Minister of Health said Canada won’t follow the US and impose travel restrictions on Chinese or foreign nationals who have been to China. Canada believe the ban of entry has no basis, which is a sharp contrast to the US behaviors.”