by GoNews Desk 10 months ago Views 2316
https://www.gonewsindia.com/latest-news/international/japan-pm-bows-out-facing-anger-over-covid-crisis-25957
Japan’s PM Yoshihide Suga announced his withdrawal from the election to his party’s leadership yesterday, meaning that the country is due to have a new Prime Minister soon. Mr. Suga’s approval ratings tanked drastically amid the fallout from his handling of the coronavirus crisis. Mr. Suga’s tenure started last September, but the coronavirus surge left him in the cross hairs of fierce criticism, and his approval rating tanked to 34% in July this year. The government’s controversial ‘Go To Travel’ program was meant to kickstart the economy through domestic travel but it was again heavily criticized for spreading the virus internally.
Also Read:
Mu Variant Causes Pandemic Spook Once More

This controversy was followed by the longstanding opposition to organizing the Olympics. 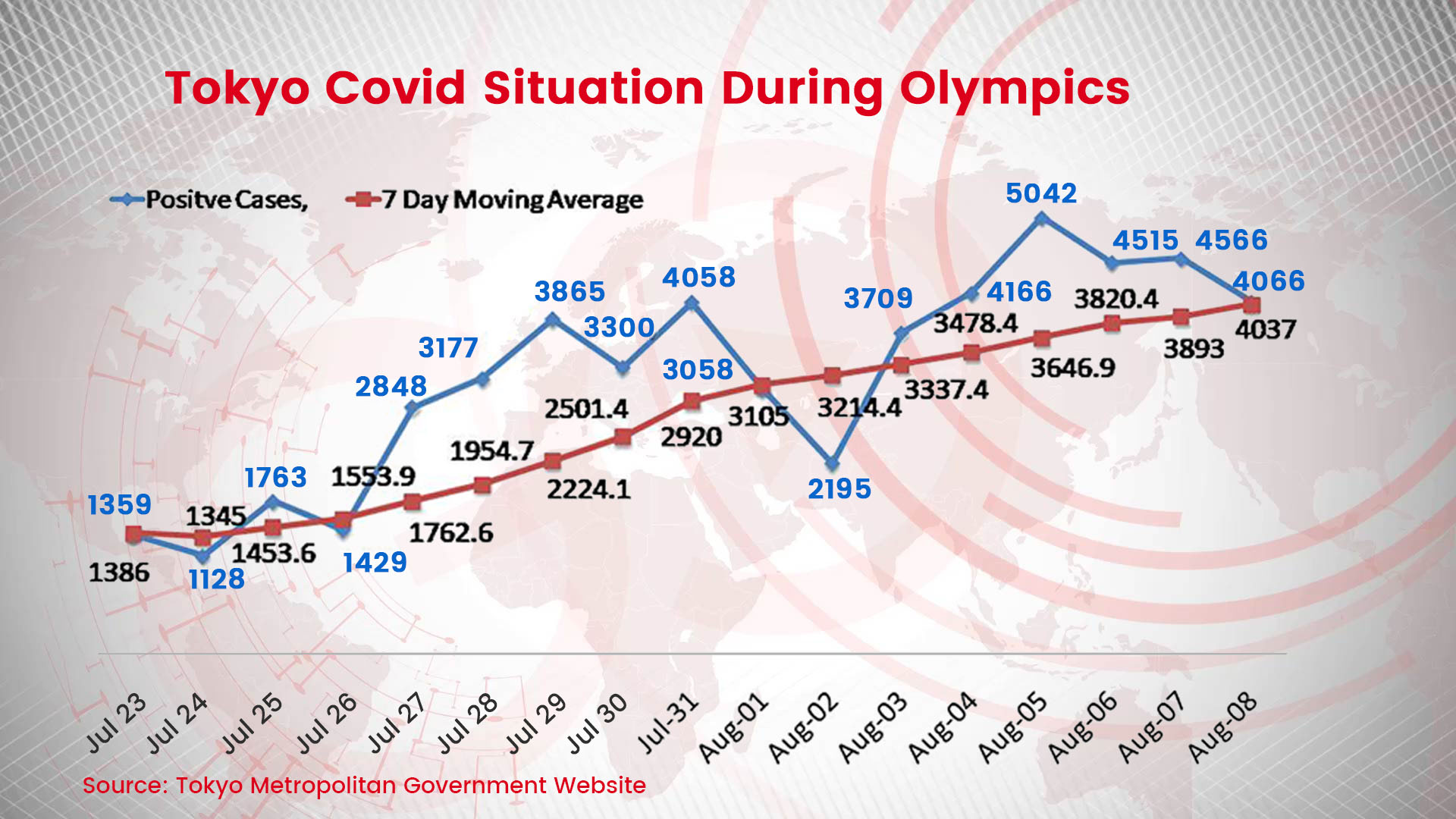 The country was already going through a wave of COVID infections with Tokyo being the hotspot. There was a surge in cases in January and May in which Tokyo alone had a significant proportion. On January 11, there were 4,928 cases in Japan, of which 1,219 were from Tokyo, i.e., 24.7% or almost one-fourth of all cases. On May 15, another peak day, Tokyo accounted for 12.1% of cases. Tokyo reached the same levels as the January peak in July 28, 5 days after the Games commenced, with the 7-day average of new cases in July 28 at 1,955 surpassing 1,813 on January 11. The Olympics announced 88 cases of coronavirus infections before the Games began, inclusive of athletes, officials, contractors, and media. A further 370 cases were announced between July 23-August 8, the duration of the Games. 31 cases were reported on 5 August, the greatest on a single day during the Olympics. The youth have also shown an uptick in infections directly after the Games, which has been put down to increased retail visits and socializing.  One female staffer at the Olympics who had travelled from Peru had been confirmed with the Lambda variant of COVID on July 20. Lambda has been listed by WHO as causing substantial rates of community transmission. Akira Nishizono, professor of microbiology at Oita University, asserted that “sooner or later”, Lambda will become the dominant strain in Japan.  On September 1, 2021, Japan recorded its first cases of the new Mu variant in two women who had travelled by air into the country. Japan has had a chequered track record on coronavirus prevention. While it escaped the earlier worldwide waves with relatively less casualties, it only started a mass vaccination drive in February this year. Amongst developed nations, Japan has one of the lowest rates of full vaccination at 52% at present. A month before the Games, only 6.84% of the population in Japan were fully vaccinated and 18.19% had got the first shot. When the Games began on July 23, the fully vaccinated were 21.12% of the population, while 18.19% had received the first dose.   Vaccine hesitancy is a significant challenge in Japan. A Lancet survey found that only 30% Japanese had a strong positive perception of vaccines. NHK, a domestic broadcaster, polled that 36% of Japanese did not wish to take a COVID vaccine. 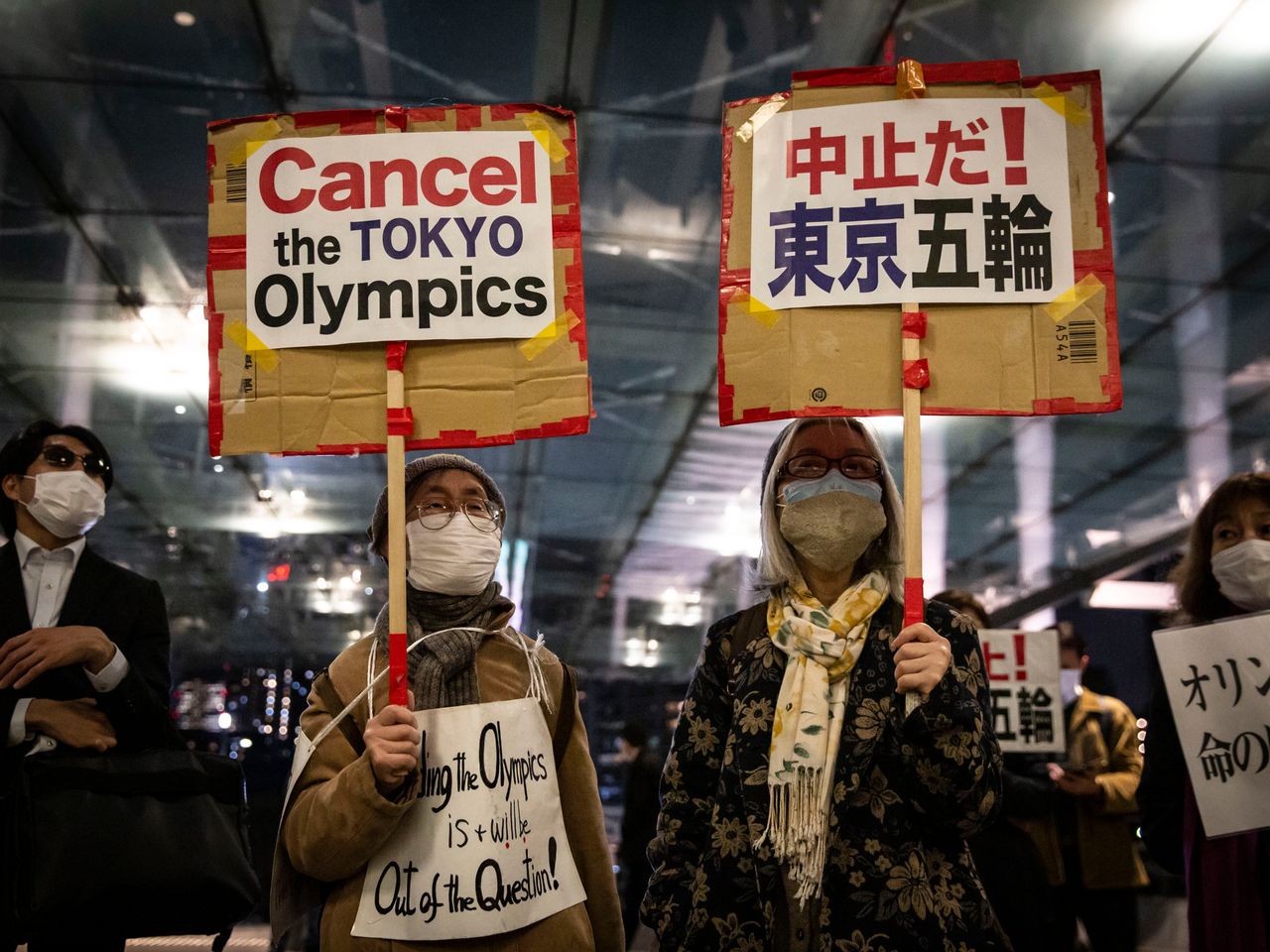 The proportion of cases linked to the Olympics in Japan’s overall coronavirus crisis may be low, but there have been other points of criticism that had led to calls of postponement or cancelation of the Olympics much before the event began. SoftBank CEO Masayoshi Son said there was “a lot to lose”. He had tweeted this about canceling the Games: “There’s talk about a huge penalty but if 100,000 people from 200 countries descend on vaccine-laggard Japan and the mutant variant spreads, I think we could lose a lot more: lives, the burden of subsidies if a state of emergency is called, a fall in the gross domestic product, and the public’s patience.” He was referring to the Delta variant of the COVID virus which is now the predominant strain among coronavirus cases in Japan.  Previously in the same thread, he had said: “Currently more than 80% of people want the Olympics to be postponed or cancelled. On whose and on what authority is it being forced through?” Apart from the influx of international officials and athletes, there were concerns about diversion of scarce resources for Olympics, and confusing the government’s messaging regarding coronavirus safety. Kentaro Iwata, an infectious disease specialist at Kyoto University, was reported by Sky News as saying: “We lost the opportunity to discourage people from risky behaviour because TV/radios always talked about the Olympics instead”. Along with the Japanese Prime Minister, his counterparts in Malaysia and Thailand are facing similar public rage for their coronavirus handling. At present, Japan has lost 16,279 people to the virus, with 2,520 or 15% in Tokyo while 11% of Japanese live there. A total 15.5 Lakh cases have been reported countrywide so far. The Japanese government has rolled in a plan to re-emerge from the COVID crisis even as the state of emergency will continue until September 12. Currently, the Paralympics are ongoing in Tokyo. This depicts the total case count reported by the tournament. 13 Athletes and 16 mediapersons have been confirmed COVID positive thus far: 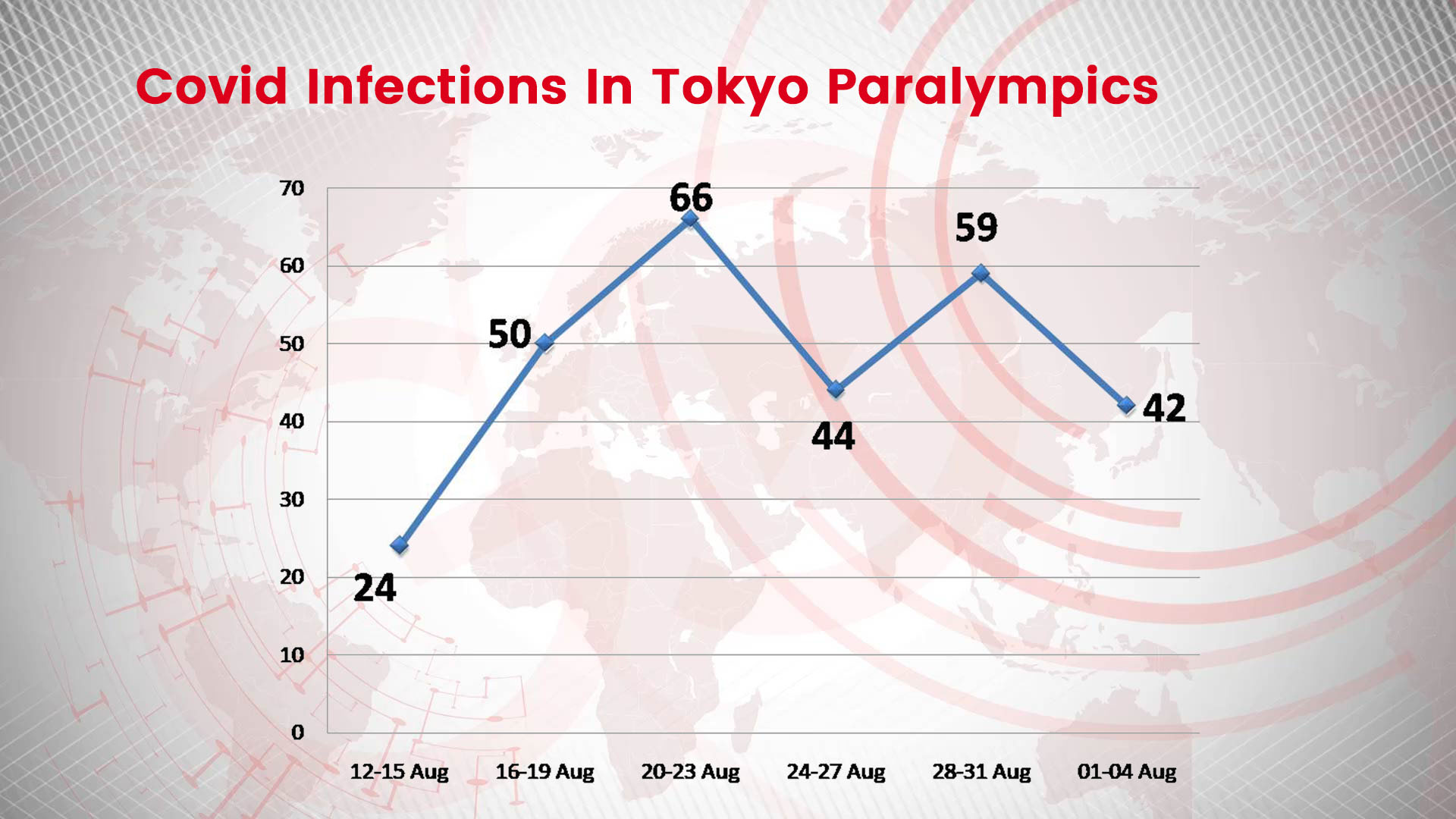