Over 300 Companies Exit Russia Amid West's Isolation Push, Some Remains!

Following Russia's invasion of Ukraine, numerous Western corporations in a variety of industries have re-evaluated their operations in Russia. Some companies have decided to stop doing business in the country, while others have decided to leave completely. Companies are more mindful of the possible hazards to their reputations if they continue to do business as normal in Russia, and some have cited their own corporate responsibility principles as a reason for withdrawing. They're also concerned about the plight of Ukrainians as the war takes a toll on civilians, with the United Nations reporting that more than 2 million people have fled Ukraine since Russia's invasion.
Also Read:
BJP Sweeps Uttarakhand: How The Saffron Party Bagged The State

According to Bloomberg News, the Russian Economy Ministry has specified new regulations for temporarily taking control of leaving enterprises in which a foreign corporation owns more than a 25% share. According to the news source, the measures would allow a court to freeze shares of foreign-owned enterprises in order to protect property and workers. Former Russian President Dmitry Medvedev claimed in a message released Thursday on the VKontakte social networking site and cited by Bloomberg that "the Russian government is already working on steps that include bankruptcy and nationalisation of the property" of foreign enterprises forced to leave Russia. The flight has an impact on every sector of the economy, from energy to autos, finance, retail, entertainment, and fast food, depriving Russia of new investment and removing products and services that had been popular in the decades following the Soviet Union's fall. Here's a rundown of the most high-profile company departures: 1. Automobiles- Ford has declared that it is ceasing operations in Russia. Ford Sellers, a joint venture with Russian corporation Sellers that employs at least 4,000 people, has a 50% ownership in the American carmaker. All General Motors exports to Russia have been halted "until further notice," according to the company. Toyota said it would suspend producing and importing cars in Russia "until further notice" owing to supply chain difficulties. Volkswagen has halted car manufacture in Russia and halted exports to the Russian market. Nissan has halted vehicle exports to Russia. Other Automobiles that have halted Operations- Daimler Truck, Ferrari, Harley-Davidson, Mercedes-Benz, Stellantis, Renault, Volvo. 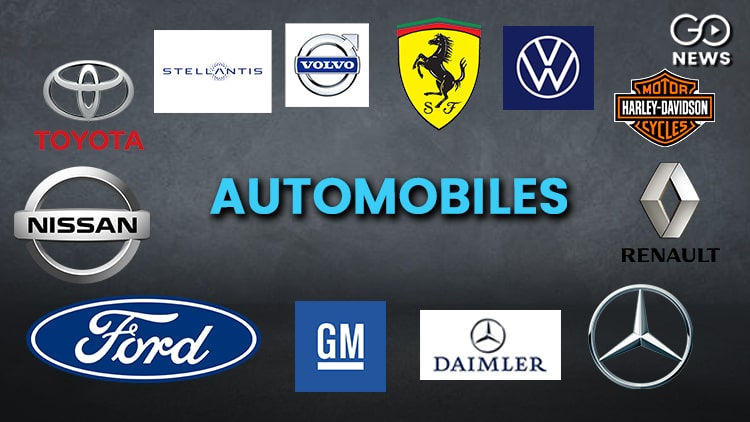 2. Food & Beverages - Burger King's parent company, Restaurant Brands International, is discontinuing corporate backing for the roughly 800 locations in Russia run by local franchisees. Coca-Col (COKE) has announced that its business in Russia will be "suspended." Heineken will no longer produce or sell beer in Russia. McDonald's is closing its Russian locations for the time being. PepsiCo has announced that it will stop selling Pepsi-Cola and other global beverage brands in Russia. Other Brands are- Nestli, Starbucks, Yum Brands, Papa John's, Unilever. 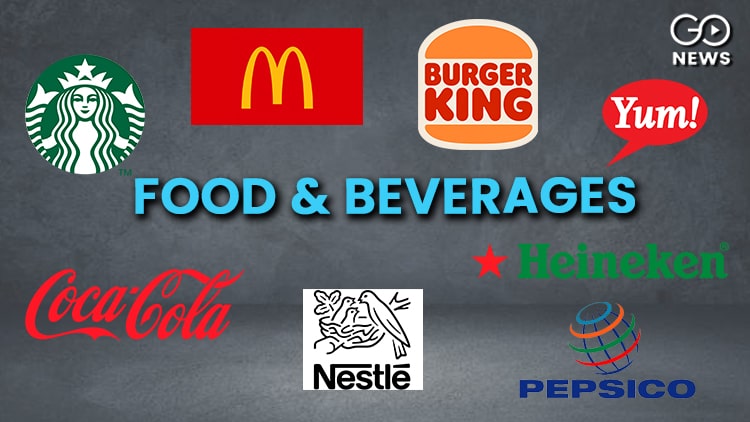 3. Aviation- Boeing has announced that it will no longer service Russian airlines. Boeing was followed by Airbus, which made a similar move. The corporation has "suspended support services to Russian airlines, as well as the shipment of spare parts to the nation," according to a statement. American Carriers, Delta Air Lines, and United Airlines have discontinued ties with Russian airlines in terms of ticket sales. All three airlines have likewise ceased operations over Russia. 4. Big Tech- Airbnb cofounder and CEO announced the suspension of all operations in Russia and Belarus in a tweet. Amazon Web Services, Amazon's cloud business, said on March 8 that new sign-up for the service in Russia and Belarus would be halted. Apple's products are no longer available in Russia. Sputnik and RT, the Russia-backed television network famed for advancing Russian President Vladimir Putin's agenda, will be blocked across the European Union, according to Facebook parent Meta. Hitachi, IBM, Intel, Microsoft, Netflix, Sony, Spotify, Twitter, Google, YouTube, TikTok, and Dell are among the others. 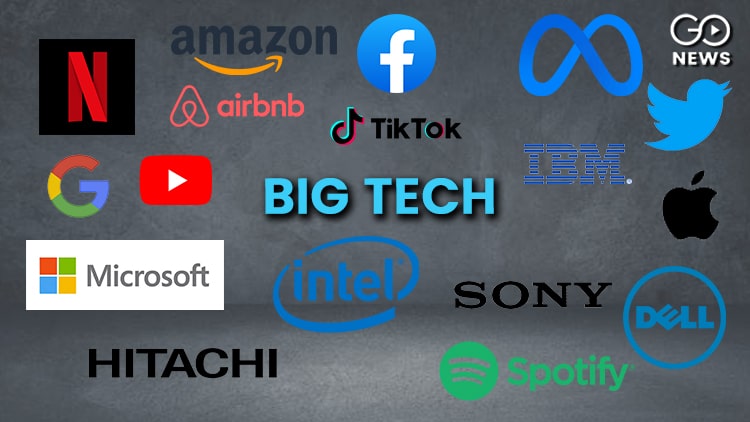 5. Consulting- Accenture PLC announced the closure of its entire 2,300-person operation in Russia. McKinsey & Co. and Boston Consulting Group, two rival consulting firms, have both announced that they are ceasing operations in Russia.The Big Four accounting firms—Deloitte, Ernst & Young, KPMG, and PricewaterhouseCoopers—are terminating ties with their Russian operations, abandoning companies formed over decades that employ more than 15,900 people. 6. Energy- BP said that it would sell its 19.75 % investment in Rosneft, Russia's largest oil business, and discontinue joint ventures with the corporation. Shell is exiting Russia and terminating its Gazprom joint ventures, including its participation in the dormant Nord Stream 2 natural gas pipeline. Equinor, the Norwegian oil and gas company, has recently declared that it will begin to withdraw its joint ventures in Russia. TotalEnergies, Rio Tinto, and Exxon are among the others. 7. Finance- Goldman Sachs Group Inc. announced its exodus from Russia, becoming the first major American bank to do so following the invasion of Ukraine. Visa Inc. and Mastercard Inc. announced that their Russian operations would be suspended. American Express is likewise ceasing operations in Russia. PayPal Holdings Inc. has announced that its Russian operations, as well as its international money-transfer service Xoom, would be shut down. JPMorgan Chase, Western Union, Citigroup, and Moody's are among the others. 8. Hospitality- The hotel chains Hyatt and Hilton have halted development activity in the country, and Hilton has closed its Moscow headquarters. Marriott International (MAR) has closed its corporate office in Moscow and halted any future hotel development and investment in Russia. 9. Media- RT is being dropped by DirecTV. In addition, Disney has halted the release of its theatrical pictures in Russia, citing "the unjustified invasion of Ukraine." In addition, WarnerMedia is freezing all new operations in Russia, including channel broadcasts, new content licencing with Russian organisations, and planned theatrical and gaming releases. 10. Retail- Crocs said on March 9 that it will suspend its direct-to-consumer business in Russia, which includes e-commerce and retail operations. On March 7, Estée Lauder Companies announced that it would "halt all commercial activity in Russia, including the closure of all stores." H&M, the company that owns H&M, has temporarily halted all sales in Russia. Ikea, the world's largest furnishing retailer, has announced the closure of 17 of its stores in Russia. Adidas, Uniqlo, Inditex, Zara, Mothercare, Mondelez, Puma, Prada, Procter & Gamble, and Unilever are among the others. 11. Shipping goods- In Russia and Belarus, UPS and FedEx have halted operations. DHL has announced that inbound shipments to Russia and Belarus have been halted. Cargo bookings with Russia have been halted by Maersk and MSC Mediterranean Shipping Company. However, there's a risk that corporate boycotts in the United States and Europe, together with broad sanctions imposed by Western governments, may fuel greater anti-Western sentiment in Russia. The list of firms that are still doing business in Russia is dwindling by the minute, but dozens of enterprises, including global manufacturing and hotel chains, are still doing business there despite widespread public pressure to leave following Russia's invasion of Ukraine. Even though many people are leaving, several well-known companies have remained silent. Abbott Labs, based in Illinois, is one of the big companies that has decided to stay in Russia. Abbott, one of the companies condemning the war, announced on March 4 that it would donate $2 million to humanitarian organisations providing aid in Ukraine. In its statement, the multinational medical equipment and health-care corporation made no mention of Russia or its operations there. Amway, Dunkin Donuts, Bridgestone Tire, Cargill, Citigroup, General Mills, Halliburton, Herbalife Nutrition, and Subway are among the other companies.