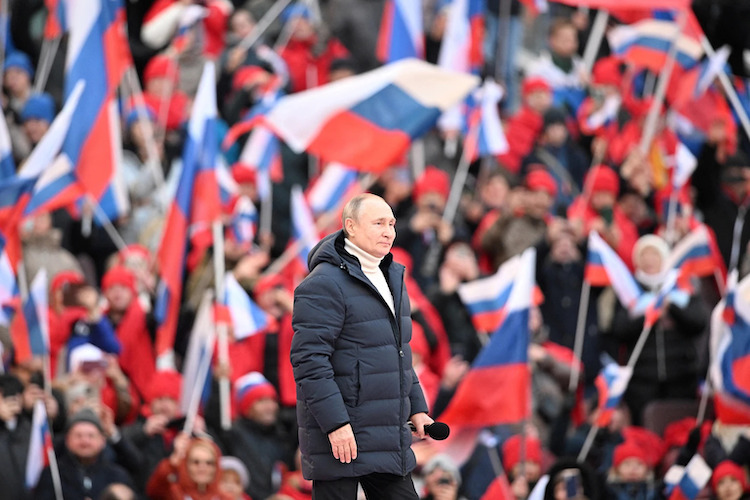 The conflict between Russia and Ukraine has entered its 25th day even as the Ukrainian President Volodymyr Zelenskyy has called for a fresh round of talks with Moscow. International demands and pressure on Russia to halt what it says are ‘military operations’. The conflict has polarized U.S.-aligned countries against Russia in terms of unprecedented economic sanctions and personal curbs on senior Russian ministers and officials, including President Vladimir Putin himself.
Also Read:
Saudi Arabia To Trade Oil In Yuan: How Will It Affect India?

Today on Sunday, March 20th, Russia allegedly bombed an art school where 400 civilians were sheltering in Mairuopol, a coastal city in the southeast of Ukraine. Russia has made significant gains in the north and eastern parts of the country, including the eastern Donbass regions under pro-Russian separatist control since 2014-15. The cities of Kyiv (capital), Kharkiv, Sumy, Chernihiv in the north are facing intense Russian troop pressure, while Mariupol and Kherson are under Russian control. In the eastern city of Kharkiv, Russian shelling has killed at least 5 people, according to Ukrainian authorities. Mariupol has seen intense fighting and a humanitarian crisis with over 200,000 civilians reported trapped in the city. Russia has also used its Kinzhal hypersonic missile for the second day today, striking a fuel deport at the Black Sea port of Mykolaiv in the city.

#Mariupol #Azovstal One of the biggest metallurgic plants in #Europe destroyed. The economic losses for #Ukraine are huge. The environment is devastated #StopRussiaNOW pic.twitter.com/4GMbkYb0es

Here are the top updates of Day 25 of the Russia-Ukraine Conflict: Russia Accused Of Bombing Mariupol School, 5 Dead In Shelling In Kharkiv: On Sunday, March 20th , Ukraine alleged that Russia bombed an art school in the southeastern port city of Mariupol where 400 civilians were sheltering. At least 5 were reported dead by Ukrainian authorities due to shelling in Kharkiv in eastern Ukraine. Ukraine Bans Pro-Russia Opposition Parties: Ukrainian President Volodymyr Zelenskyy has announced an indefinite ‘suspension’ of a dozen political parties, including the largest opposition group ‘Opposition Platform’, until the conflict with Russia is ongoing. Zlenskyy stated that the parties will remain suspended ‘for the period of martial law’, in context of the “ties of some political structures with the this [hostile] state”. Australia Suspends Aluminum Exports To Russia: A statement from the Australian government said that Canberra is suspending its aluminum exports to Russia, stating that Russia depends on Australia for more than 20% of its aluminum needs. The move is intended to impact Russia’s aluminum production capacity. Australia has imposed 476 sanctions on 443 individuals, covering 33 entities associated with or based in Russia. UN Says 10 Mn Diplaced, Ukraine States 115 Kids Dead: The UNHCR has stated today on Sunday that ten million people have fled from their homes in Ukraine due to the conflict. Pope Francis, leader of Catholic Christians worldwide, has said that ‘slaughter and atrocities’ are being committed in Ukraine. Ukraine has claimed that 115 children have been killed in the conflict thus far .

115 children fell victim to the war unleashed by russia and putin. More than 140 young Ukrainians were injured.
These numbers are not figures but the scale of grief and the broken destinies of hundreds of Ukrainian families.#StopPutin #StopRussia #ClosetheSkyoverUkraine pic.twitter.com/kEtZnn2uCb

Putin’s ‘Pro War’ Rally In Moscow Stadium, Some Say ‘Pressured To Attend’: President Vladimir Putin Speaks At Luzhinski Stadium, Moscow, On Saturday  Russian President Vladimir Putin has been actively shoring up support for his administration’s decisions on Ukraine. Putin delivered a televised address on state TV and spoke at a ‘pro-war’ patriotic rally in Luzhinski Stadium, Moscow. Some western media outlets report that participants said they were ‘forced’ to attend and did not necessarily support the war. Putin was surrounded by enthusiastic, cheering crowds waving Russian flags and displaying ‘anti-Nazi’ messages on banners.  Putin's speech was cut short in the middle of broadcast on State TV, and the Kremlin clarified that it was due to a technical error of the server.