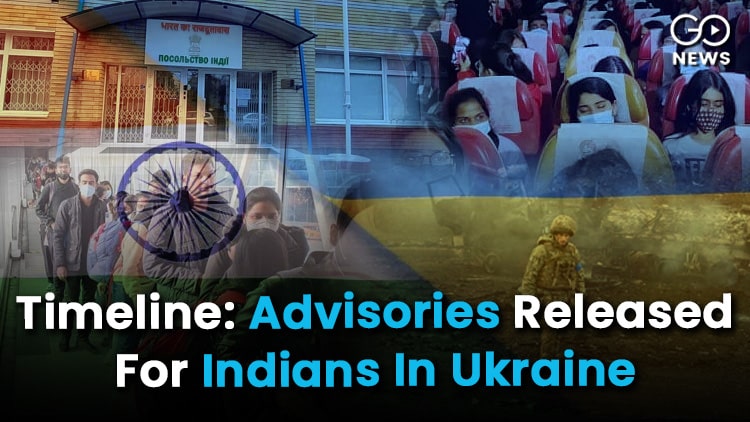 Ukraine Russia Crisis: The Indian Embassy in Ukraine’s capital Kyiv has been shut down and the ambassador with their staff members are on their way to the western parts of the country. India has been continuously advising its citizens to not stay in the capital and move to the western borders.
Also Read:
Ukraine Invasion: Will Evacuation Of 18,500 Indians Take 13 Days?

According to the administration, an Indian student was killed after being hit by shelling in Kharkiv, a city in eastern Ukraine.  Naveen Shekharappa Gyanagoudar, 21, from Karnataka, has been identified as the student. He was in his fourth year of med college at Kharkiv National Medical University. Prime Minister Narendra Modi on Tuesday asked the Indian Air Force (IAF) to come on board for the evacuation process under Operation Ganga and Indian Air force is likely to deploy several C-17 aircrafts as a part of Operation Ganga Over 1,300 Indian citizens have been evacuated from Ukraine in the last 24hrs, External Affairs Minister S Jaishankar said today. ‘Operation Ganga’ which was launched to evacuate the Indian citizens from Ukraine will operate over 26 flights in the next three days. Since Ukraine’s airspace is closed airports in Romania, Hungary, Poland, and the Slovak Republic are being used to evacuate Indians. On 31st January, India abstained from the procedural vote at the United Nations Security Council (UNSC) ahead of a meeting to discuss the situation on the Ukrainian border. The Indian Embassy issued a series of advisories for the nationals of India who were stranded in Ukraine.   TIMELINE OF ADVISORIES FOR INDIANS IN UKRAINE On 15th February the Embassy Of India issued an advisory for the Indian Nationals in Ukraine stating that since the situation in Ukraine was uncertain the students whose stay are not essential should leave the country immediately temporarily and keep the embassy informed about it. 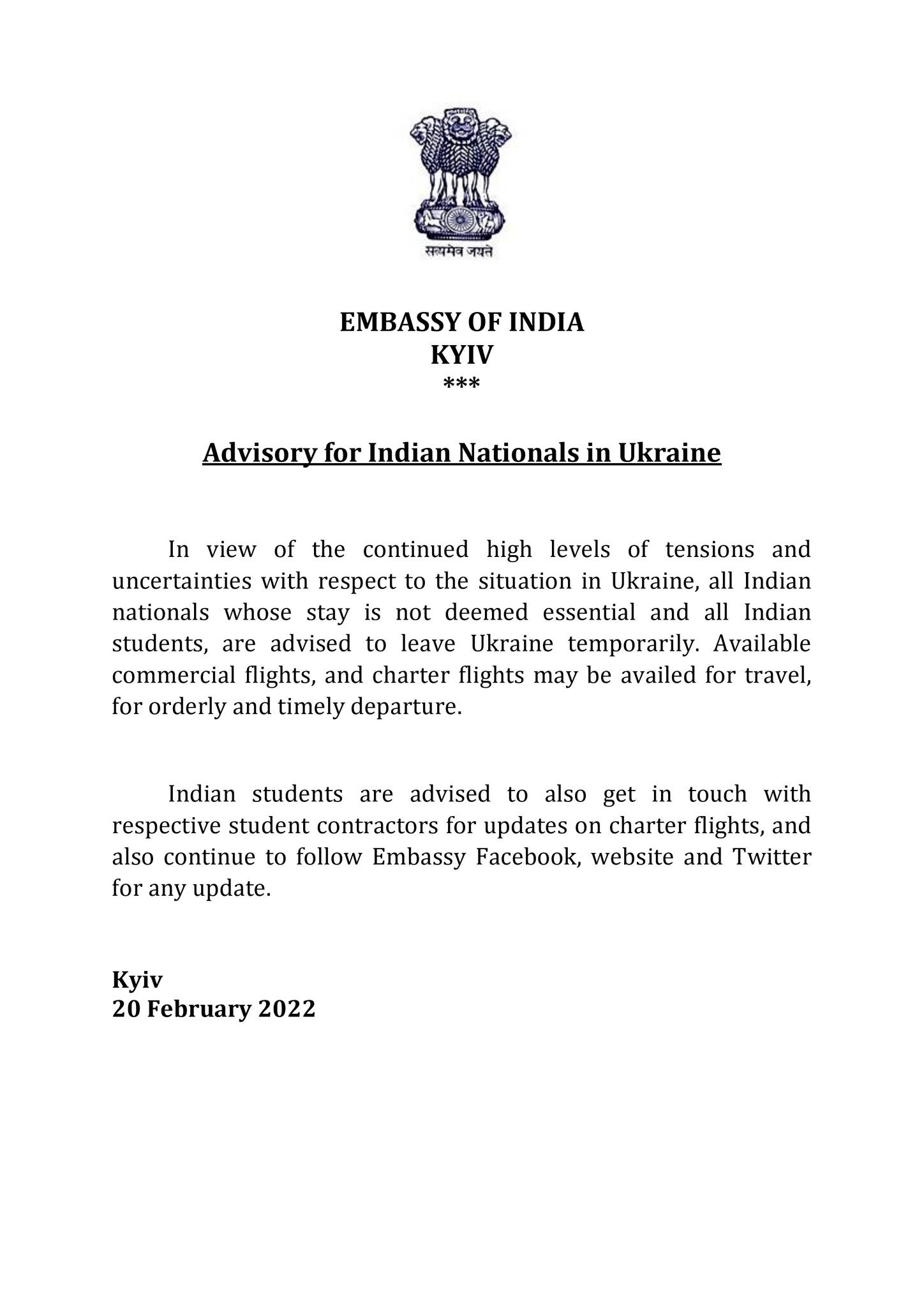 On 16th February the Embassy Of India also issued some Frequently Asked Questions (FAQs) where Indian citizens raised their questions regarding the flights which have been issued to bring them back to India.

On 18th February Air India scheduled three flights between India-Ukraine (Boryspil International Airport) on 22nd, 24th and 26th February, 2022. These flights were scheduled so that Indians could come back to their country. 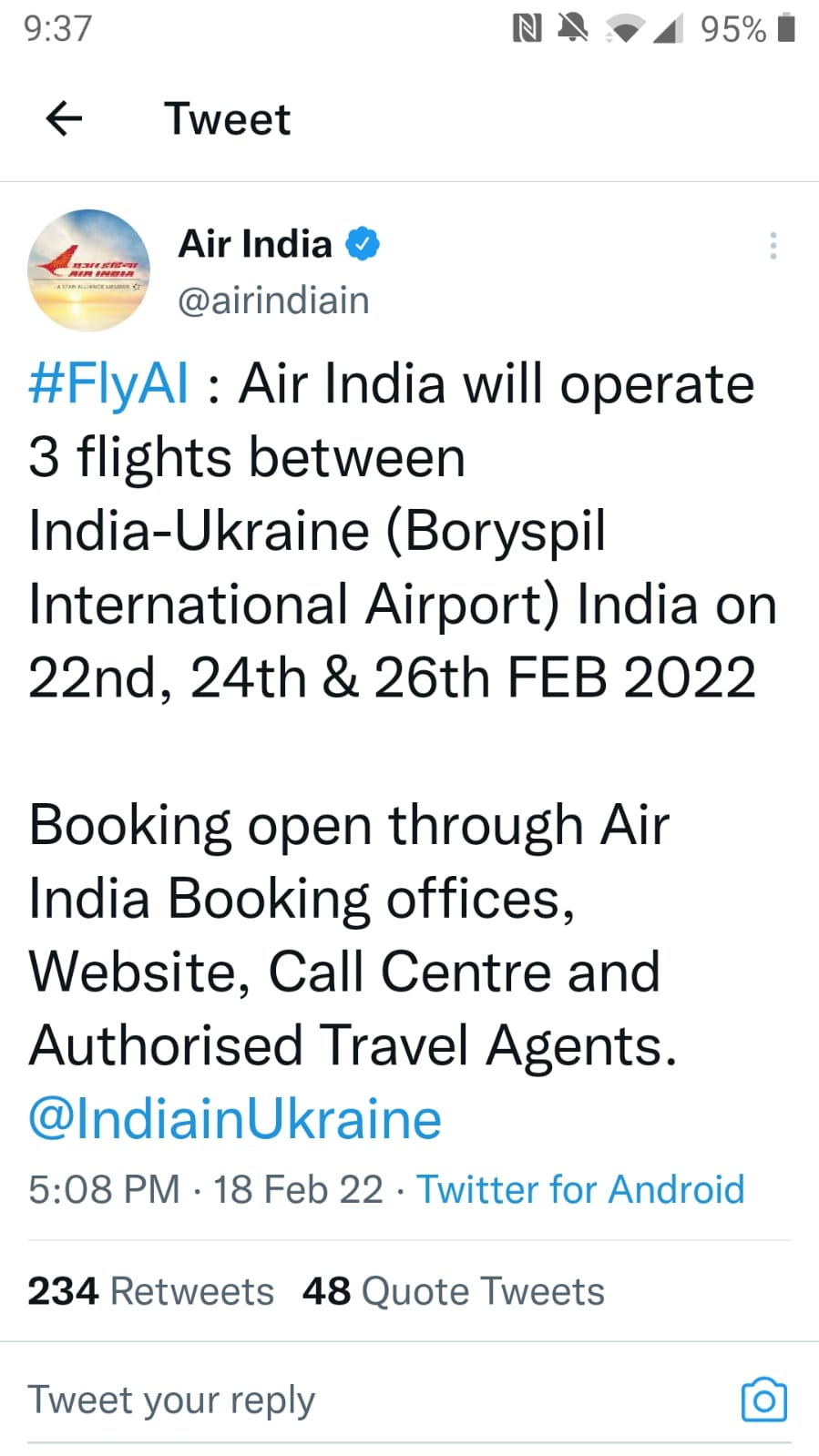 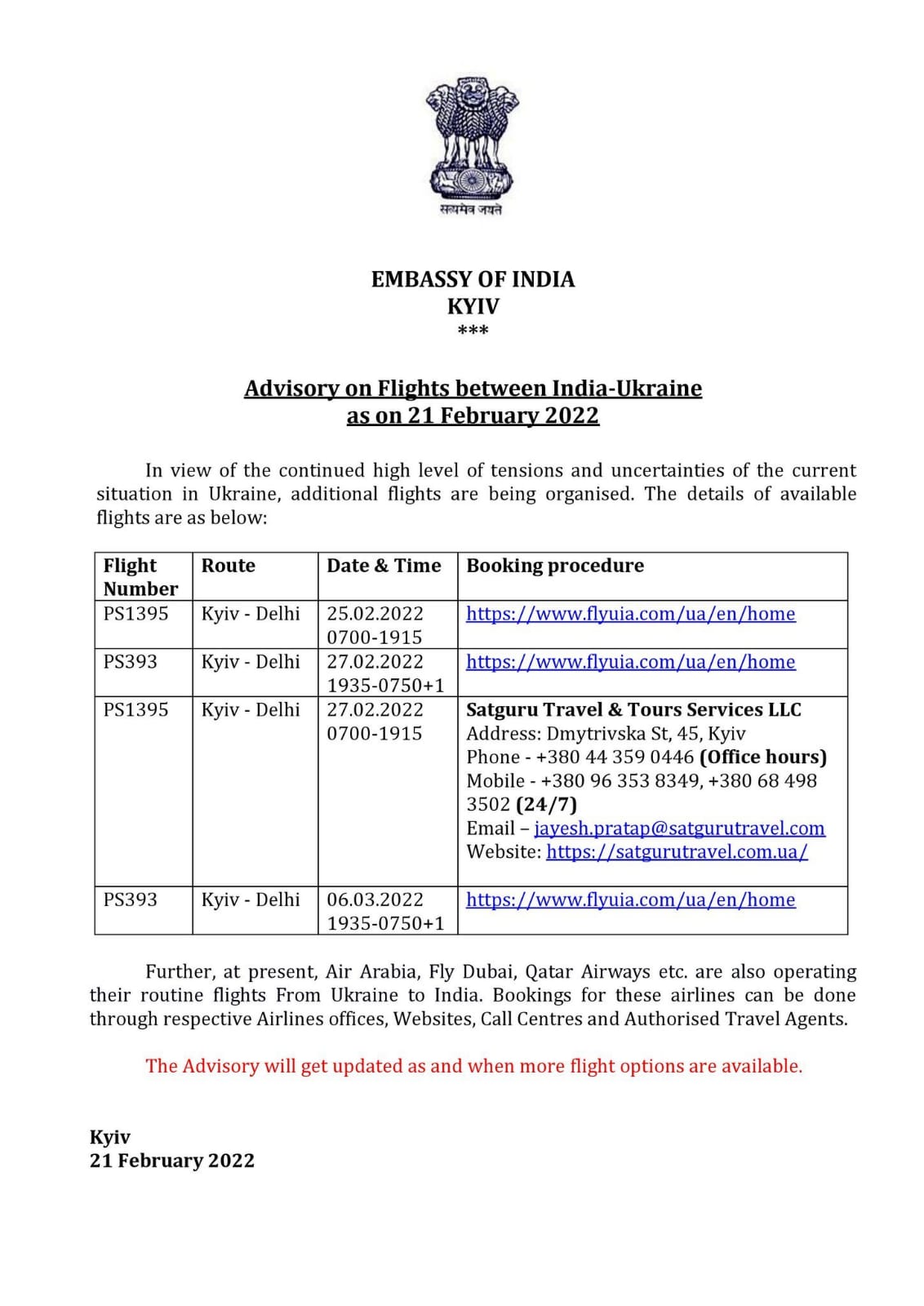 On 22nd February the Embassy issued another advisory where it stated that they are receiving calls from medical students about the confirmation of online classes. To this the Embassy states that they have been engaged with the authorities of online educations but requests the students to leave the country immediately.

For days now, the Russia-Ukraine borders have seen large deployments of Russian military columns. The shelling had intensified in the east of Ukraine after Russian President Vladimir Putin has recognised two separatist regions as independent and ordered the deployment of what he called peacekeepers, a move the West calls the start of an invasion. The Ukrainian Government says that more than 350 civilians, including 14 children have been killed so far in the conflict. Russia’s defence ministry has claimed that 211 Ukrainian military structures had been damaged, while Ukriane claimed that it had killed 1,000 Russian troops, while Russia has not confirmed its troops’ death toll. Ukraine has also claimed that it downed 80 tanks, 516 armoured combat vehicles, seven helicopters, 10 aircraft and 20 cruise missiles of the Russian military.