Unannounced Visit By Trump To US Troops In Afghanistan On Thanksgiving 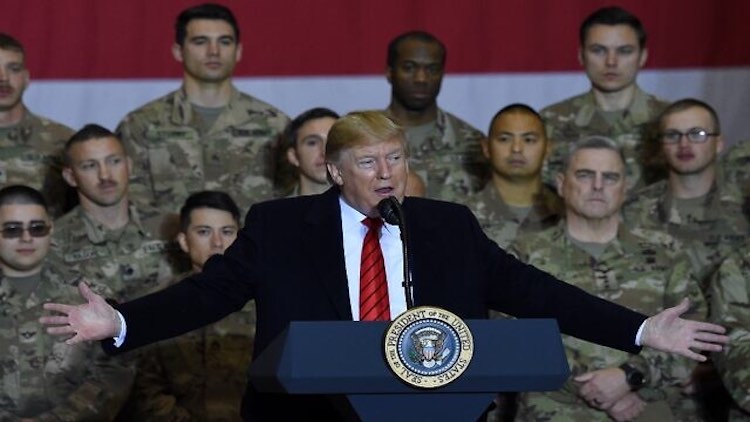 US President Donald Trump paid an unannounced Thanksgiving visit to American troops at the Bagram airbase in Afghanistan on Thursday, his first visit to the country where the US has been at war since late 2001 and only his second to a war zone, following the similarly secretive trip to Iraq for Christmas last year. “There’s nowhere I’d rather celebrate this Thanksgiving than right here with the toughest, strongest, best and bravest warriors on the face of the Earth!” Trump said.

After a meeting with Afghan president Ashraf Ghani, Trump said he had restarted peace talks with the Taliban in less than three months after scuttling negotiations in hopes of ending 18 years of war. “The Taliban wants to make a deal and we’re meeting with them,” he said. “We’re going to stay until such time as we have a deal or we have total victory, and they want to make a deal very badly,” Mr. Trump added even as he reaffirmed his plan to cut troop levels to 8,600 troops, down from about 13,000. The visit comes at a time when the country is caught in turmoil over disputed election results and Americans at home are increasingly tired of an operation 18 years that began shortly after Sept. 11 attacks.