US Says India Is ‘Partner Of Choice’, Official Says Can Help Transition From Russian Arms 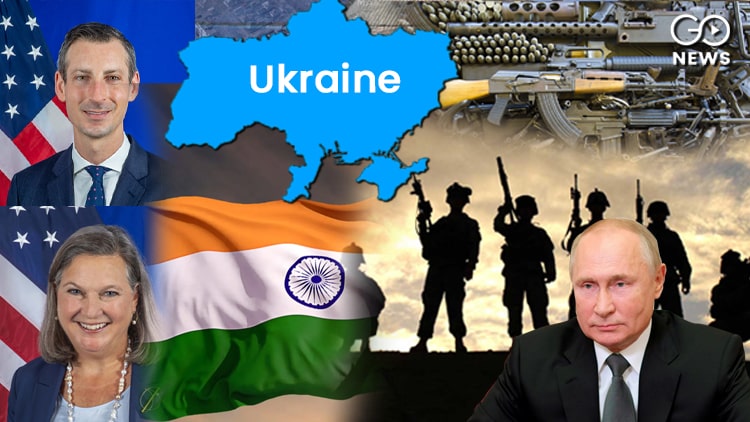 The United States is keeping India within the frame of reference of the ongoing Russia-Ukraine conflict due to New Delhi’s  strategic closeness to Russia and alignment with the United States on key foreign policy positions such as membership of the Quad alliance. President Joe Biden remarked on Monday that India is “somewhat shaky” in its stance towards Russia, as the U.S. prefers its allies to present a “united front” and condemn the Russian ‘aggression’ in Ukraine. Today on Wednesday, US State Department spokesperson Ned Price said that India is now a ‘partner’ of the US despite its defence ties with Russia which developed at a time when the United States was “not prepared” to have a similar relationship with India.

#WATCH | Responding to ANI's question on whether or not all QUAD partners are in sync with India's historic relationship with Russia, US State Dept Spox Ned Price said, "We're a partner of India when it comes to shared interests...US is a partner of choice for India now." pic.twitter.com/z8g5ybnCOi

Victoria Nuland, a senior official, had also termed India’s defence ties with the erstwhile Soviet Union as a time when the US was “less generous” to India. Responding to a question by ANI on Quad members being on the same page on India’s defence relationship, Price said: “We’re a partner of India when it comes to shared interests… the US is a partner of choice for India now.” Victoria Nuland On ‘Russia China Axis’, US ‘Help’ In Moving Away From Russian Ties Today on Wednesday, Victoria Nuland, a senior official in the Biden administration, said that the crisis in Ukraine was part of a larger contestation between ‘autocracies and democracies’. She spoke to the Indian Express in an interview and said that “Russia is now seeking and seeking help from China in this area. Nuland is the US Secretary of State for Political Affairs who has met with Minister of External Affairs S. Jaishankar and Foreign Secretary Harish Shringla. She also expressed regret at the death of an Indian student (Naveeen Shekharappa in Kharkiv) in the conflict. “They are looking for money, and they are even looking for weapons, and that is a tightening of alignment between Russia and China, which is not good for us and is not good for India”, she said speaking on the strengthened ties between Russia and China, framing it in terms of “autocracies tightening their relations” and disrupting an international order beneficial to India.  She said that [Russian President] Putin “has made loose statements about chemical, biological and even nuclear weapons”. Russia had raised the issue of U.S. funded chemical and biological weapons lab in Ukraine and a meeting was held in the UNSC on the same where the US dismissed the allegations. ‘U.S. EU Eager For Defence Ties, You Don’t Want An Addiction To Putin’ Nuland said that the United States and European Unions are “eager” to build defence ties with India: “…times have changed and we are very eager to do more and more on the defense side with India. The United States is, we also have European allies and partners who are eager to do so.”. India is the largest arms importer in the world whereas the US is the largest arms exporter in the world. Stockholm International Peace Research Institute (SIPRI) figures say that the US accounted for 37% of the global arms supply in 2020. Nuland also questioned the ‘reliability’ of Russian supplies and their operations in the battlefield. She said tat the US and allied countries can make the same Soviet-era equipment available to India like they have to Ukraine in the ongoing conflict: “What we have said is, among other things, that last month we had this massive US and Allied partner-led effort to supply Soviet-made equipment and other equipment to Ukraine. So if we can help make it happen for Ukraine, we can also offer alternatives for India to make this transition that you yourself are looking to make.”  "You do not want to get caught up in an addiction with a guy like Putin and there are alternatives and we are eager to be your partner", she said while acknowledging that the proccess can 'take time' as India finds potential new suppliers.