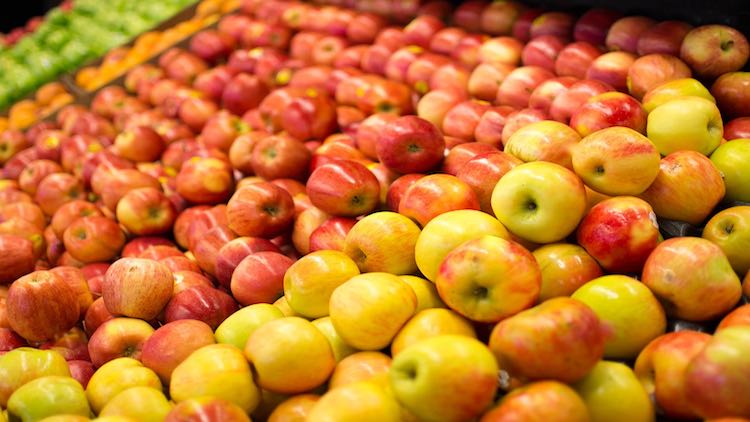 Farmers in the country see bumper production of crops year after year, yet their economic condition is not improving. Thousands of farmers kill themselves every year after getting stuck in the vicious cycle of debt, because many times their cultivated crops do not even cover the production cost. Now the latest statistics show that the prices of fruits have come down by 80%. Market traders believe that due to the ban on import-export and the Coronavirus pandemic, there has been a huge reduction in demand, due to which prices have collapsed. In 2019, the cost of guava in the retail market was Rs 50/kg, which came down to Rs 15-25 per kg. Similarly, papaya, which was Rs 30 per kg, came down to Rs 20-25 this year.
Also Read:
‘Delhi Chalo’: Undeterred Farmers Begin March Despite Being Denied Permission

Last year, a dozen bananas were available in the market for Rs 40, but this year their price has reached Rs 20-35 a dozen. The cost of oranges also declined by Rs 5-15/kg compared to last year. In this season, the price of fruits imported to India dropped by 50%, the biggest reason being the government’s increase in the import duty from 50% to 70%. However, the country’s revenue from fruits has been declining for the last few years. In 2017-18, 28,99,525 metric tons of fruits and vegetables were exported from the country, the same figure was reduced to 26,55,587 metric tons in 2019-20, resulting in a reduction of revenue from $13.85 billion to $12.77 billion. About 58% of Indians rely on agriculture, of them 44% run their livelihood from it. The country also strengthens the foreign exchange reserves by exporting a large number of agricultural products. If steps are not taken for this, it will affect the Indian economy.