Arnab Goswami Bail Plea: 'I Don't Watch His Channel But If Courts Don't Interfere, We Are Travelling Path Of Destruction': SC 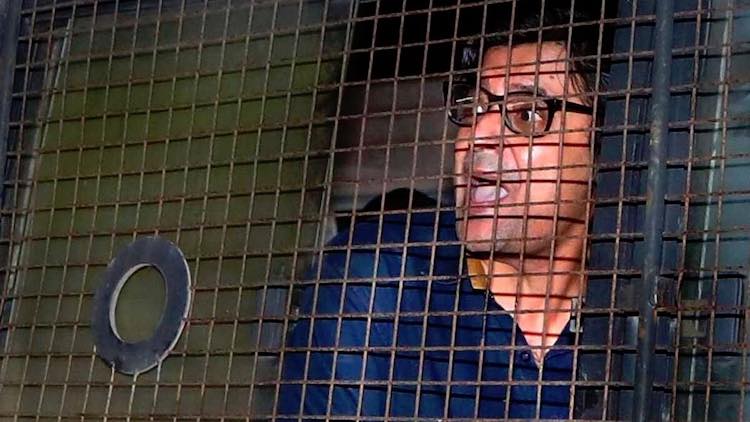 A Supreme Court Bench headed by Justice DY Chandrachud and Indira Banerjee is hearing petitions filed by Republic TV’s Arnab Goswami challenging the Bombay High Court’s denial of interim bail two days ago. While hearing petitions through video conferencing, Justice Chandrachud said: “I don’t even watch his channel whatever be his ideology, but if in this case, constitutional courts do not interfere today, we are travelling the path of destruction undeniably.”
Also Read:
Delhi-NCR Air Continues To Deteriorate, AQI Crosses 500-Mark

He further said, “Assuming the FIR is the gospel truth and that is a matter of investigation but is not paying up money Abetment to suicide? It will be a Travesty of justice if bail is not granted while FIR is pending Mr Sibal, says Justice Chandrachud. (Kapil Sibal represents the Maharashtra government in the matter). If state governments target individuals, they must realise there is Supreme Court to protect liberty of citizens, the apex court observed. Meanwhile, Supreme Court Bar Association President Dushyant Dave wrote to the Secretary-General asking why the TV anchor’s petition was given priority listing when many other pleas of undertrials are not getting listening. Mr Dave strongly protested against the ‘extraordinary urgent listing’ of the special leave petition by Goswami in connection to the 2018 abetment to suicide case. “I have nothing personal against Mr Goswami and I am not writing this letter to anyway interfere in with his rights to move the Supreme Court. Like all Citizens he also has right to seek justice from the highest court,” Mr Dave said. He added: “The serious issue here is selective listing of matters that the Registry under your leadership is indulging in for last eight months during Covid pandemic. While thousands of Citizens remain in jails , languishing for long periods while their matters filed before the Honble Supreme Court are not getting listed for weeks and months, it is, to say the least, deeply disturbing as to how and why every time Mr Goswami approaches the Supreme Court, his matter gets listed instantly.”