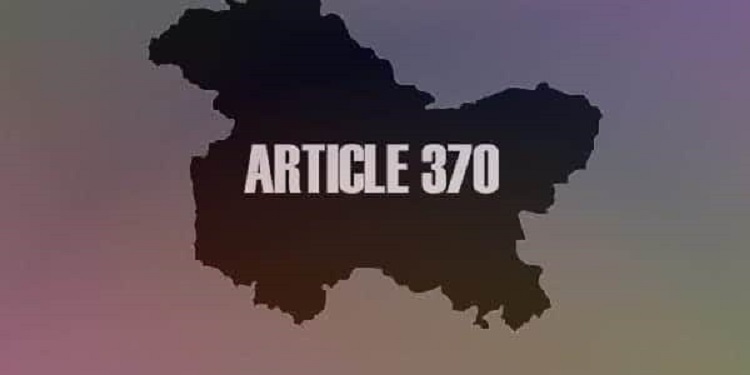 A strict curfew has been imposed in the valley for two days on the first anniversary of Article 370 abrogation, the special state status of Jammu and Kashmir, on August 5. The Jammu and Kashmir administration fears that separatists and Pakistan-sponsored groups are preparing to celebrate Black Day on August 5 and violent protests may take place during this period. To prevent protests, Jammu and Kashmir police and paramilitary personnel have been deployed in the entire valley, including Srinagar.

Since the curfew announcement, police and paramilitary vehicles are going to all the residential areas and announcing this and during this time people are being appealed to stay in their homes. Barricades have been installed in all areas including Srinagar to prevent movement of people. Shops are closed in all areas including Srinagar during curfew and public transport service is also stalled. However, people associated with essential and emergency services are exempted.

DM Shahid Iqbal Choudhary from Srinagar has said that if any crowd gathered during this period, it would be considered a violation of the prevention of coronavirus infection. He said due to the rise in COVID-19 cases recently, there has been a ban on movement and unification of people.

Meanwhile, the Army recovered a device similar to an IED on the Srinagar-Baramulla National Highway which has been defused with the help of a bomb disposal squad.

An Improvised Explosive Device (IED) like object that was recovered by troops of 29RR on Srinagar-Baramulla National Highway was destroyed by bomb disposal squad: Army #JammuAndKashmir pic.twitter.com/2VEgXukYX5

Just before curfew in the valley, a soldier of the Territorial Army, Shakir Manzoor, has been kidnapped in Shopian. The burnt car of the jawan has been recovered in Kulgam and army personnel are conducting raids to find him. The Chinar Corps has feared that terrorists may have a role in the kidnapping of Rifleman Shakir Manzoor.

Rifleman Shakir Manzoor of 162 Battalion (TA), is missing since 1700hrs yesterday. His abandoned burnt car has been found near #Kulgam. It is suspected that the soldier has been abducted by terrorists. Search op in progress.#TerrorismFreeKashmir #Kashmir@adgpi @NorthernComd_IA